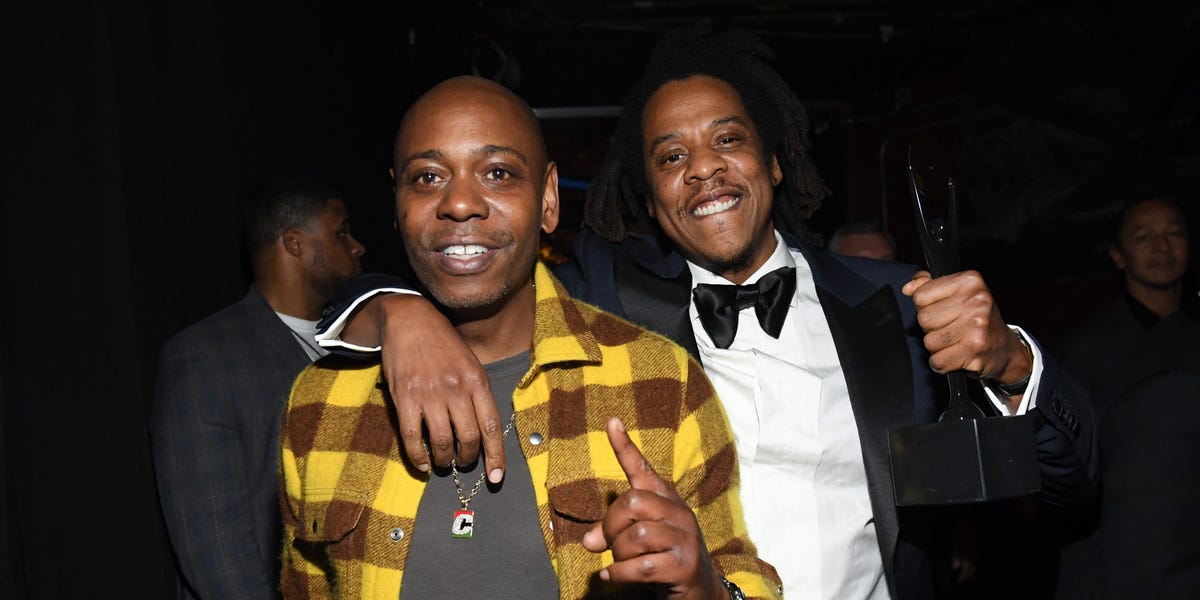 Jay-Z was supported by a famous “friend” as he received one of the music industry’s highest honors.

On Saturday night the rapper was inducted into the Rock & Roll Hall of Fame in Cleveland, Ohio, where a large roster of celebrities vouched for his influence as a leader in the music industry.

Chappelle gave the induction speech in his home state and began by saying, “This is an incredible honor to induct this next man into the Rock & Roll Hall of Fame. But I need everybody in rock & roll [to] know that even though we are honoring him, he is ours. He is hip-hop. Forever and ever and a day.”

A post shared by Rock & Roll Hall of Fame (@rockhall)

“He will always remember us,” Chappelle continued. “That we are his point of reference, that he is going to show us how far we can go if we just get hold of the opportunity. For this, we will always love him, we always treasure him.”

He concluded by speaking directly to the rapper as both a “friend” and a “fan.”

“Hova, my friend. I’m a fan. I’m honored that I got a chance to know you. You embody Black excellence, how great we can be,” Chappelle said.

Former President Barack Obama also appeared to give a pre-recorded speech where he spoke about how Jay-Z has inspired him.”I’ve turned to Jay-Z’s words at different points in my life, whether I was brushing dirt off my shoulder on the campaign trail, or sampling his lyrics on the Edmund Pettus Bridge on the 50th anniversary of the Selma march to Montgomery,” Obama said in the video.

“Today, Jay-Z is one of the most renowned artists in history and an embodiment of the American dream, a dream he has helped make real for other young people like him,” he added.

When Jay-Z took the stage he recalled his beginnings in the Marcy projects in Brooklyn, New York, and acknowledged his rap “heroes” for providing him a goal for which to aspire.

“I watch these guys, and they have big gold chains and leather and sometimes even the red, black, green medallions and whatever they wore, everybody would wear the next day,” he said.

“I was like, That’s what I want to do. I want to be like those guys. And so I set out on my journey.”

A post shared by Rock & Roll Hall of Fame (@rockhall)

Musicians Carole King, Todd Rundgren, Tina Turner, the Go-Go’s, LL Cool J, and the Foo Fighters were also inducted at this year’s ceremony which was an in-person event after it was held remotely last year due to COVID-19 restrictions.