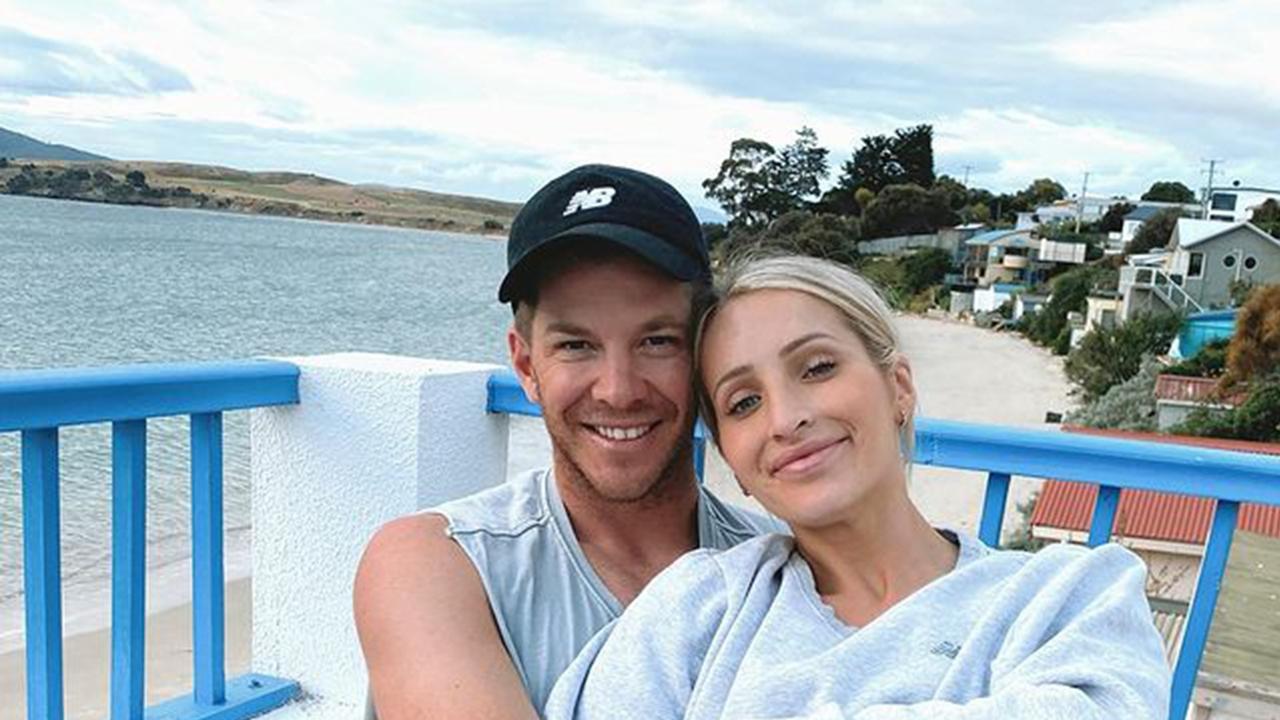 The wife of Australia’s disgraced former test captain has spoken out after a sexting scandal forced her husband to resign.

The wife of Australia’s former test cricketing captain has broken her silence about the sexting scandal that cost her husband the coveted title.

In an interview with the Sunday Herald Sun and Sunday Telegraph, Tim Paine’s wife Bonnie said she felt sympathy for her husband after the scandal was aired.

He tearfully stood down as Australian Test captain on Friday after it emerged he had been investigated for sending lewd messages and photos to a colleague in 2017.

“I have a bit of sympathy for Tim at the moment. A lot actually. He and I went through all of this privately in 2018. It was horrific then,” she said.

She said the couple fought and talked but decided to “move on with life” together.

“I feel a bit frustrated that it’s all been brought up and aired in the public when we’d put it to bed years ago. I have moved forward since then. I feel like there is a lot of injustice for it being dragged out again,” Ms Paine told the publications.

She said it seemed “unfair” the issue was being aired for the public to view and judge, when the couple had already dealt with it already.

Her comments come after the disgraced 36-year-old cricketer resigned from the role in an emotional press conference in Hobart on Friday.

“It’s an incredibly difficult decision, but the right one for me, my family, and cricket,” he told reporters.

“Nearly four years ago, I was involved in a text exchange with a then-colleague. At the time, the exchange was the subject of a thorough CA Integrity Unit investigation, throughout which I fully participated in and openly participated in,” he said.

The investigation found there was no breach of the Cricket Australia Code of Conduct, he said.

“Although exonerated, I deeply regretted this incident at the time, and still do today. I spoke to my wife and family at the time and am enormously grateful for their forgiveness and support.

“We thought this incident was behind us and that I could focus entirely on the team, as I have done for the last three or four years. However, I recently became aware that this private text exchange was going to become public.

“On reflection, my actions in 2017 do not meet the standard of an Australian cricket captain, or the wider community. I’m deeply sorry for the hurt and pain that I have caused to my wife, my family, and to the other party.

The woman told cricket authorities in 2018 she was offended by “Mr Paine’s sexually explicit, unwelcome and unsolicited photograph of his genitalia in addition to the graphic sexual comments”.

Paine was appointed to the top job days after the ball tampering scandal in South Africa prompted the departure of Steve Smith.