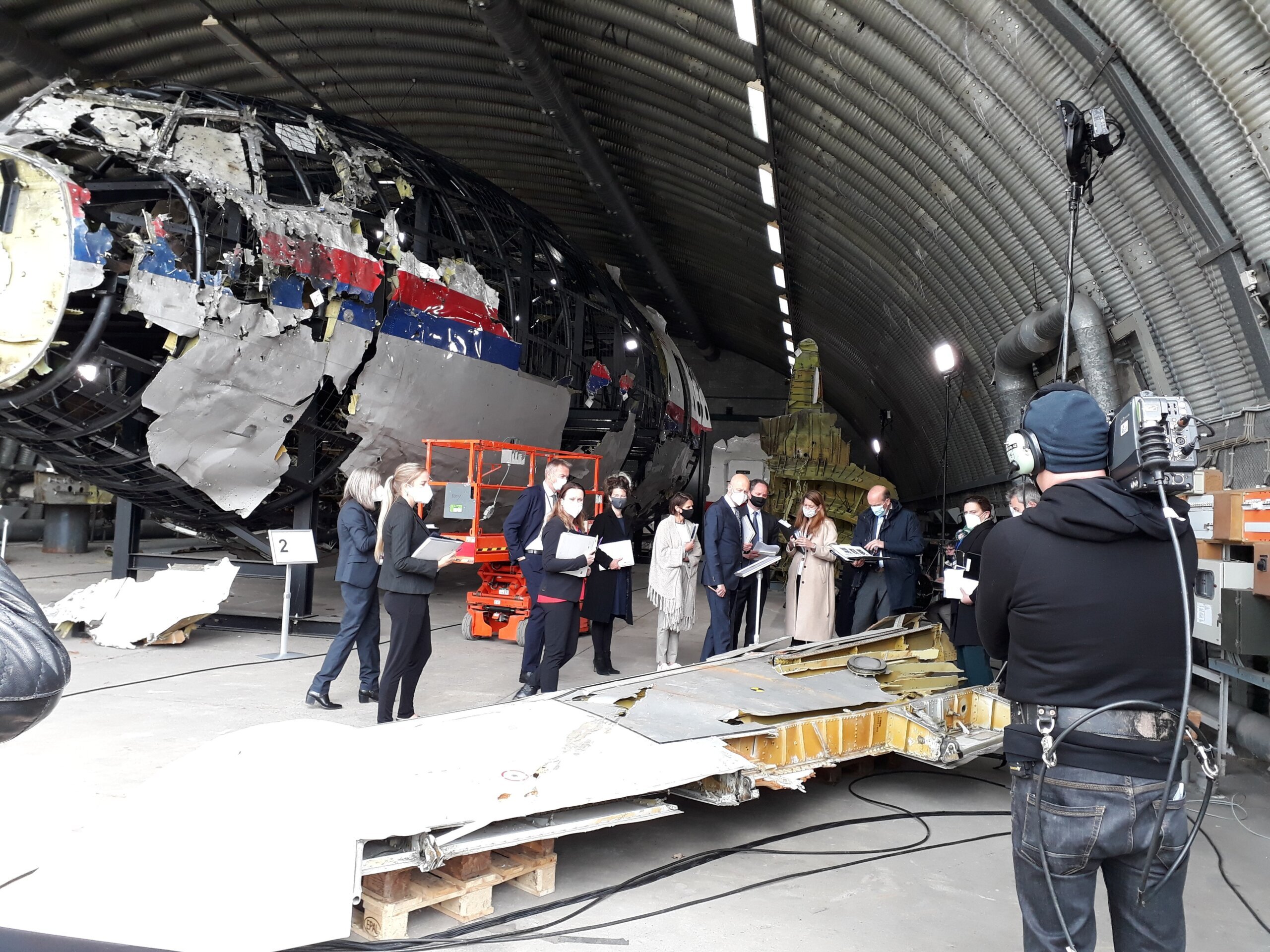 The court hearings held in the Netherlands into the case of the downing of flight MH17 are coming to the most important stage: from Dec. 20 through Dec. 22, the prosecution is going to make a closing speech.

These dates were announced by presiding judge Hendrik Steenhuis at the end of the current session of hearings, which took place at the Schiphol Judicial Complex on Dec. 8.

The Boeing 777 of Malaysia Airlines Flight MH17, en route from Amsterdam to Kuala Lumpur, was shot down over Ukrainian-controlled Donbas on July 17, 2014. All 298 people on board were killed.

The investigation identified the men accused of the crime who went on trial on March 9, 2020. The prosecutor’s office places suspects Russian nationals Igor Girkin (Strelkov), Sergei Dubinsky, Oleg Pulatov and Ukrainian citizen Leonid Kharchenko as “in close cooperation with the aim of obtaining a Buk self-propelled anti-aircraft missile system and deploying it at the firing site in order to shoot down the plane.”

The trial takes place in the absence of all four. One of them, Pulatov, is represented by his Dutch lawyers.

Kyiv Post’s special correspondent has spoken to some of the legal officials involved about the current status of the hearings.

KyivPost: This September, the investigation team asked the residents of Kursk and the military stationed there to help the investigation and provide information that they might have. Have you received any feedback?

Boetzelaer: We started by contacting the Russian Ministry of Justice with a request for legal assistance. But they said they could not respond to this request. Then we sent our questions again, but did not receive any answers. Therefore, we turned to these people (residents of Kursk and the military), who may have more information. It is important for family members to know what really happened. But I cannot tell you if there are any results, because the investigation is ongoing.

In September, the Dutch police appealed in a letter to the residents of Kursk and the military stationed there for assistance and to share information, such as photographs, videos, emails or official documents that can help identify those involved in the tragedy. Also, there were two video addresses: from Australia-residing parents with a Soviet background whose relative was killed in the plane crash and a retired Dutch officer who had previously worked closely with the Russian military.

Vera Oreshkina (Australia) lost her son Victor, who was only 29 years old, in this catastrophe:

We kindly ask you: “if anyone knows anything about this, please tell whoever you may deem necessary”.

Retired Lieutenant Colonel Marcelle says he hopes his Russian colleagues will be able to answer these questions: “It is very important for the relatives of the 298 innocent victims of the crash to finally get clarity on this matter. It is crucial for the future of our countries to bring the investigation to an end and close this grave page of our common history.”

The investigation wants to find out who was part of the crew, what was their mission, who gave the order, who made the decision to use this weaponry in Ukraine and why the passenger airliner, with 298 civilians onboard, was shot down. Only those directly involved in this tragedy can answer these questions. But official Moscow is not cooperating.

As part of the current trial, at the request of Pulatov’s defense, the investigating judge was supposed to question the commander of the 53rd Anti-Aircraft Missile Brigade, from which the Buk was transported. At that time, this position was held by Colonel Oleg Muchkayev. However, the Dutch request for legal assistance was officially refused by the Russian authorities. 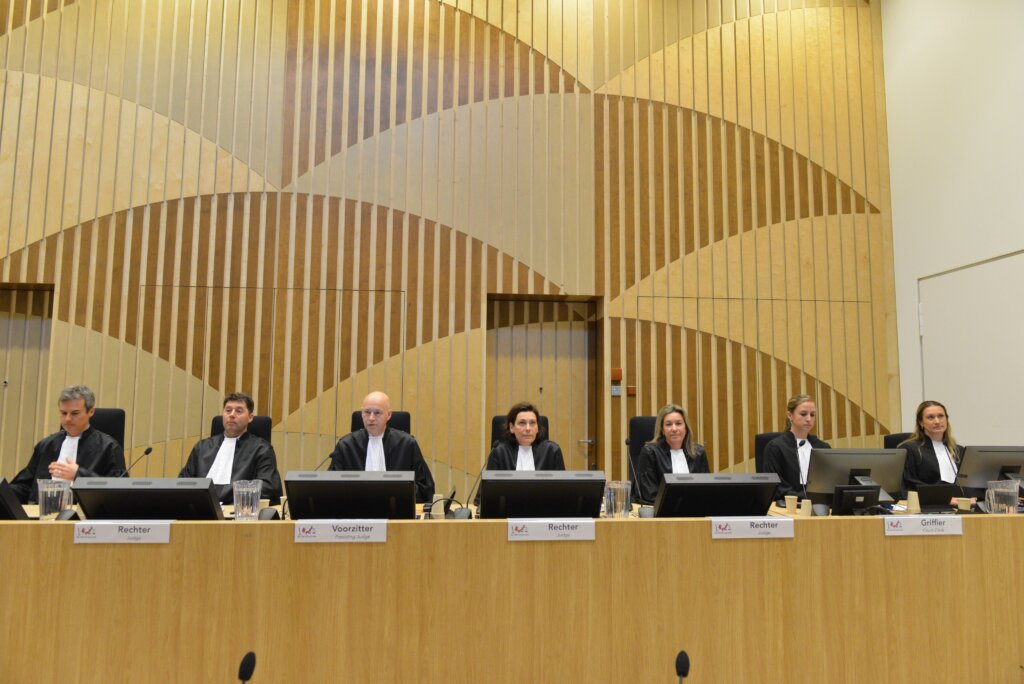 Upon opening the court session on December 8, presiding judge Steenhuis informed the court that the Russian Federation had rejected the request, arguing that the questions to Col. Muchkayev were related to the military sphere, and therefore “complying with the request could damage the secrets of state importance of the Russian Federation and harm the state interests.”

KyivPost: When asked about questioning Col. Muchkayev, the Russian side said it involved a state secret. Was Col. Muchkayev a subject of interest in the previous investigation, which is now being heard in court?

Boetzelaer: We are always very interested to hear what he has to say, since he was the commander of the 53rd brigade, and we say that the Buk system was brought from the 53rd brigade. But at that time (of the investigation), we already said that we did not expect this to happen. The court kept on trying, the investigating judge tried many times, asking the Russian Federation and its Ministry of Justice, and repeated this request, but today we received an answer that this would not happen.

KyivPost: Is Col. Muchkayev a subject of interest in the investigation now?

Boetzelaer: I can’t talk about what is going on in the investigation, but we are very interested to hear what he may say, since he was the commander of the 53rd Brigade.

According to the preliminary schedule of the court proceedings, after hearing the prosecution’s arguments in December, Pulatov’s defense may take the floor to present his standpoint in March 2022. In May, there will be responses from the prosecution and attorneys of the relatives, then starting from June 6, the defense will again be able to respond. Only then will the trial be concluded.

In order to announce the verdict, the court came up with the three possible dates, since it is unclear how long it may need to take the decision: Sept. 22, Nov. 17 or Dec. 15 of the next year. In other words, the court is expected to complete the trial by January 2023.