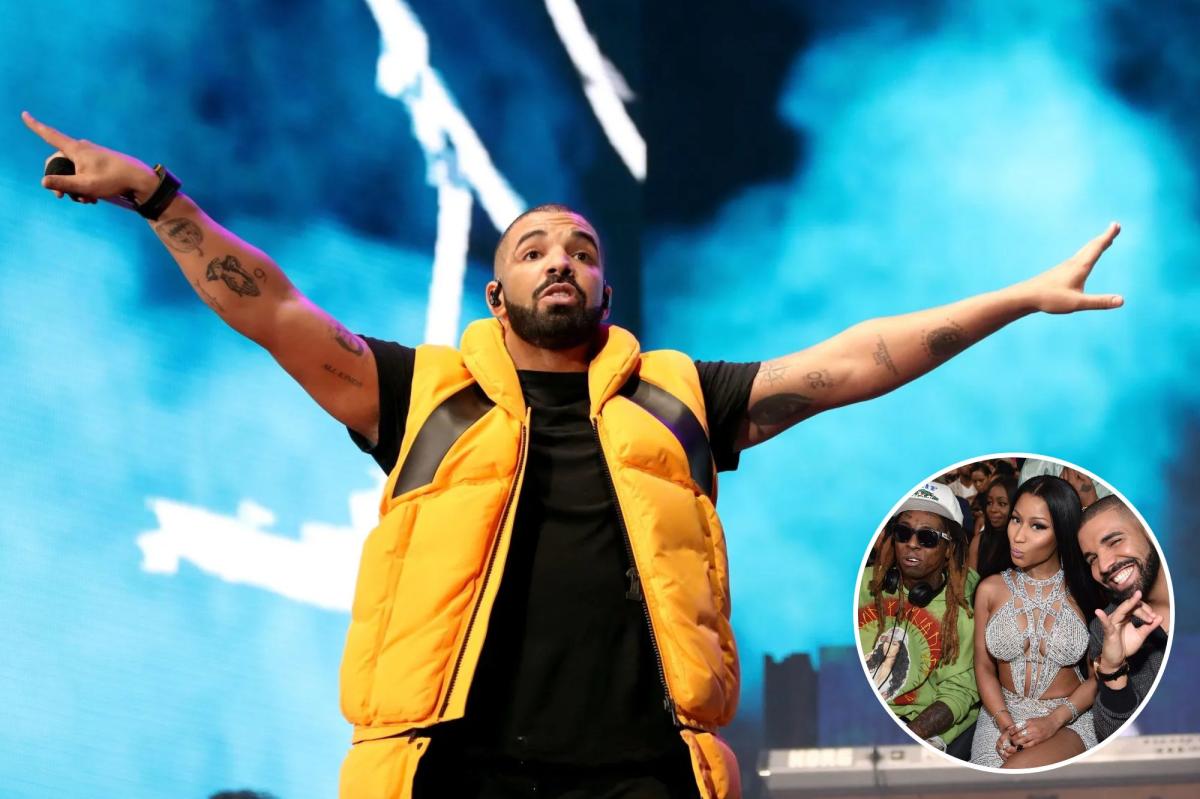 Drake was forced to put his hotly-anticipated Young Money Reunion show on the back-burner after testing positive for COVID-19.

The “God’s Plan” hitmaker was due to share the stage with Nicki Minaj and Lil Wayne on Monday night on day three of his October World Weekend event in his hometown of Toronto, Canada.

Drake broke the bad news to fans on his Instagram Story, saying he was “truly devastated” he tested positive for the virus.

The 35-year-old rapper promised to have the show rescheduled on the “soonest date possible.”

“I will keep the city posted and share the new date whenever we have it locked,” he continued, adding, “Until then I hope everyone stays safe and healthy and I love you all.”

“I love you all and I am so sorry for letting you down on our weekend together and the moment I test negative I will give you everything I got on stage (except the Covid),” he added.

Drake’s festival kicked off on Thursday with an “All Canadian North Stars” night at his nightclub History.

The rapper surprised the crowd with an appearance from fellow Canadian singer Nelly Furtado. The performance was her first in five years.

Chris Brown and Lil Baby performed on Friday night at Budweiser Stage as part of the duo’s “One of Them Ones” Tour.

Drake, Minaj, and Lil Wayne were then scheduled to perform on Monday night.

The trio first collaborated together on the hit 2009 track “BedRock” alongside Gudda Gudda, Tyga, Jae Millz, and Lloyd.

Since then they’ve released a handful of songs together, including 2014’s “Only” with Brown, and “Truffle Butter” on Minaj’s album.