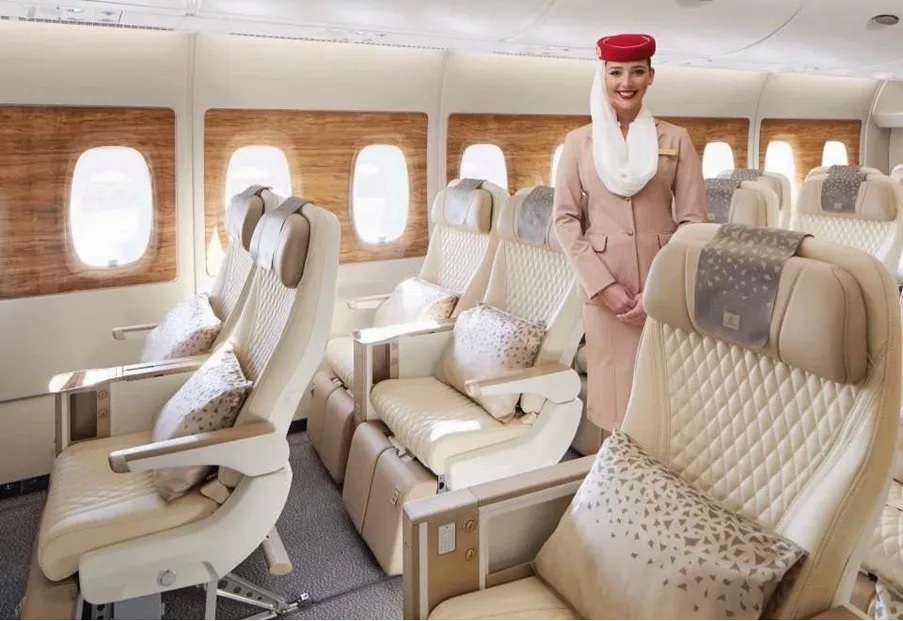 Emirates has announced that it will be introducing premium economy across the majority of its long-haul fleets.

Thirty years ago, Taiwan’s Eva Air and the UK’s Virgin Atlantic introduced the concept of the “premium economy.”

As a result, practically all global airlines have joined the bandwagon, with the notable exception of Gulf airlines.

In late 2020, Emirates unveiled its premium economy seat, which has up to 40 inches of seat pitch, 19.5 inches of seat width, eight inches of recline, and a 13.3-inch IFE screen.

Several Emirates A380s already have this upgraded economy class, and it was made available to passengers travelling between Dubai and London this past summer for sale.

However, don’t hold your breath for long. An 18-month renovation will begin at the end of 2022, although it will not be completed until sometime in 2023.

But Emirates says that by the end of December, additional seats will be available on A380s flying to Frankfurt, London Heathrow, New York JFK, and Paris CDG.

What is the location of the premium economy on the planes?? 24 seats will be put right behind business class on the B777, while 56 seats will be installed on the lower deck front cabin on the A380, both 2-4-2.

Since the introduction of our premium economy seats a year ago, we have got a tremendous response,” says Emirates president Sir Tim Clark.