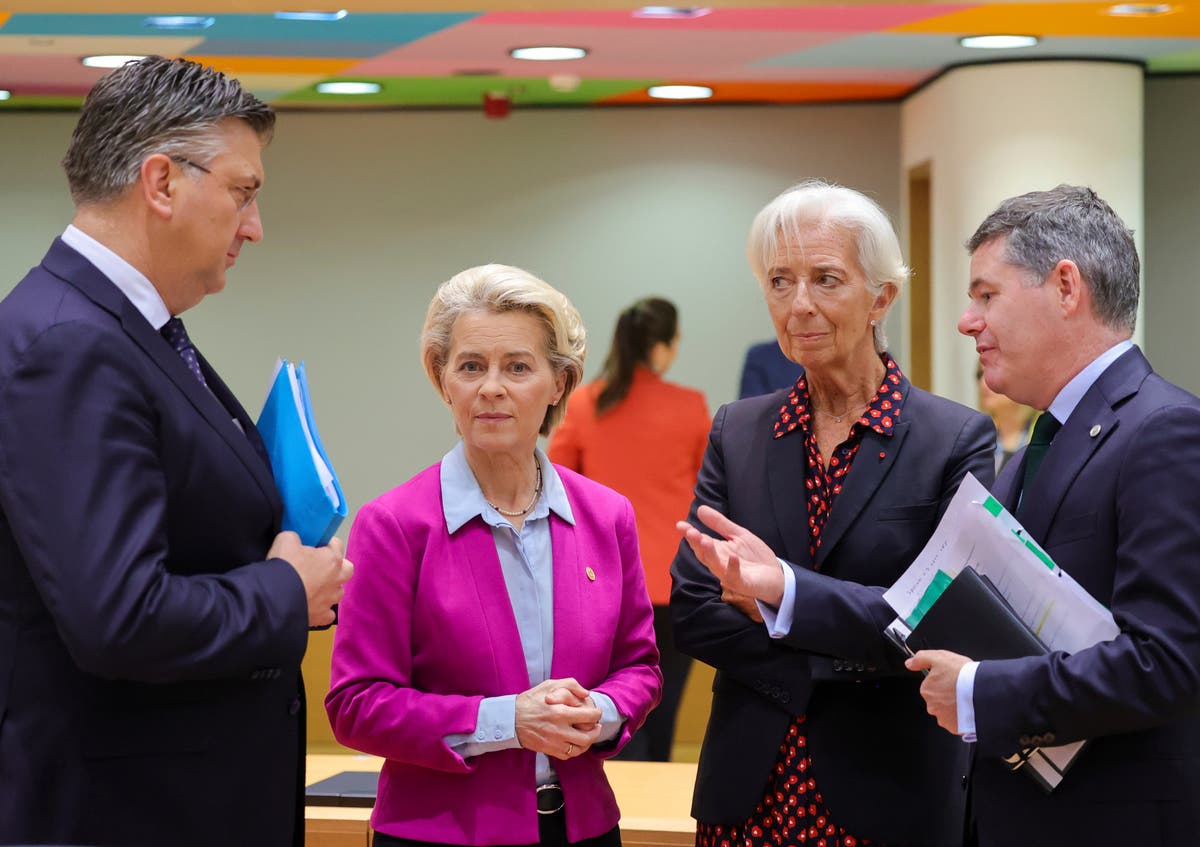 A day after endorsing Ukraine’s candidacy to join the European Union, the bloc’s leaders turned their attention Friday to the severe economic turbulence looming over the coming months as the full impact of Russia’s war sinks in and the threat of recession rises.

The leaders also will have to contend with higher borrowing costs as the European Central Bank prepares to raise interest rates for the first time in 11 years to counter runaway price increases. ECB President Christine Lagarde, who plans to raise rates next month and again in September, joined the EU summit to discuss the darkening economic outlook.

“We are in a difficult situation,” Swedish Prime Minister Magdalena Andersson said on her way into the summit. “It’s very important that we have this discussion.”

The EU has spent the previous decade battling a series of crises, ranging from Greece’s financial woes and transatlantic trade disruptions under former U.S. President Donald Trump to Britain’s departure from the bloc and the COVID-19 pandemic.

Now, with no end in sight to the war in Ukraine and the EU committed to stepping up sanctions against Russia as punishment, the bloc must battle economic threats on multiple fronts.

Energy poses a major challenge for the EU, which for years has relied heavily on Russian oil, natural gas and coal to help power cars, factories, heating systems and electricity plants.

Under pressure to keep pace with American and British penalties against Russia, the EU since April has expanded what were already unprecedented sanctions by targeting Russian fuels. A ban on imports of Russian coal will start in August and an embargo on most oil from Russia will be phased in over the coming eight months.

Meanwhile, Moscow itself is disrupting natural gas deliveries, which the EU didn’t include in its own sanctions for fear of seriously harming the European economy. Before the war, the bloc got about 40% of its gas from Russia.

“It’s very likely that Russia will use gas and energy as a blackmail toward European Union countries,” Finnish Prime Minister Sanna Marin said. “Russia will use it as a tool, as a weapon against us, so we have to help each other.”

Moscow has reduced gas supplies to five EU countries, including heavy importers Germany and Italy, and cut off deliveries to six member states, such as Finland.

“The impact will be enormous for Germany but also for all the other European countries,” Belgian Premier Alexander De Croo said.

In May, the European Commission said the EU’s economic output would expand 2.7% this year and 2.3% in 2023 after 5.4% growth in 2021. Other forecasts have already downgraded growth prospects. As this year began, the bloc was still facing effects — including higher budget deficits — from the pandemic, which caused the economy to shrink 5.9% in 2020.

The ECB has pledged to create a market backstop to protect the 19 countries that share the euro currency from market turmoil as it tackles record inflation of 8.1%. A selloff in the bonds of some euro nations was a central feature of the debt crisis a decade ago.

“The next few months will be very difficult,” said European Parliament President Roberta Metsola, who attended the first day of the summit Thursday.

Follow the AP’s coverage of the war at https://apnews.com/hub/russia-ukraine