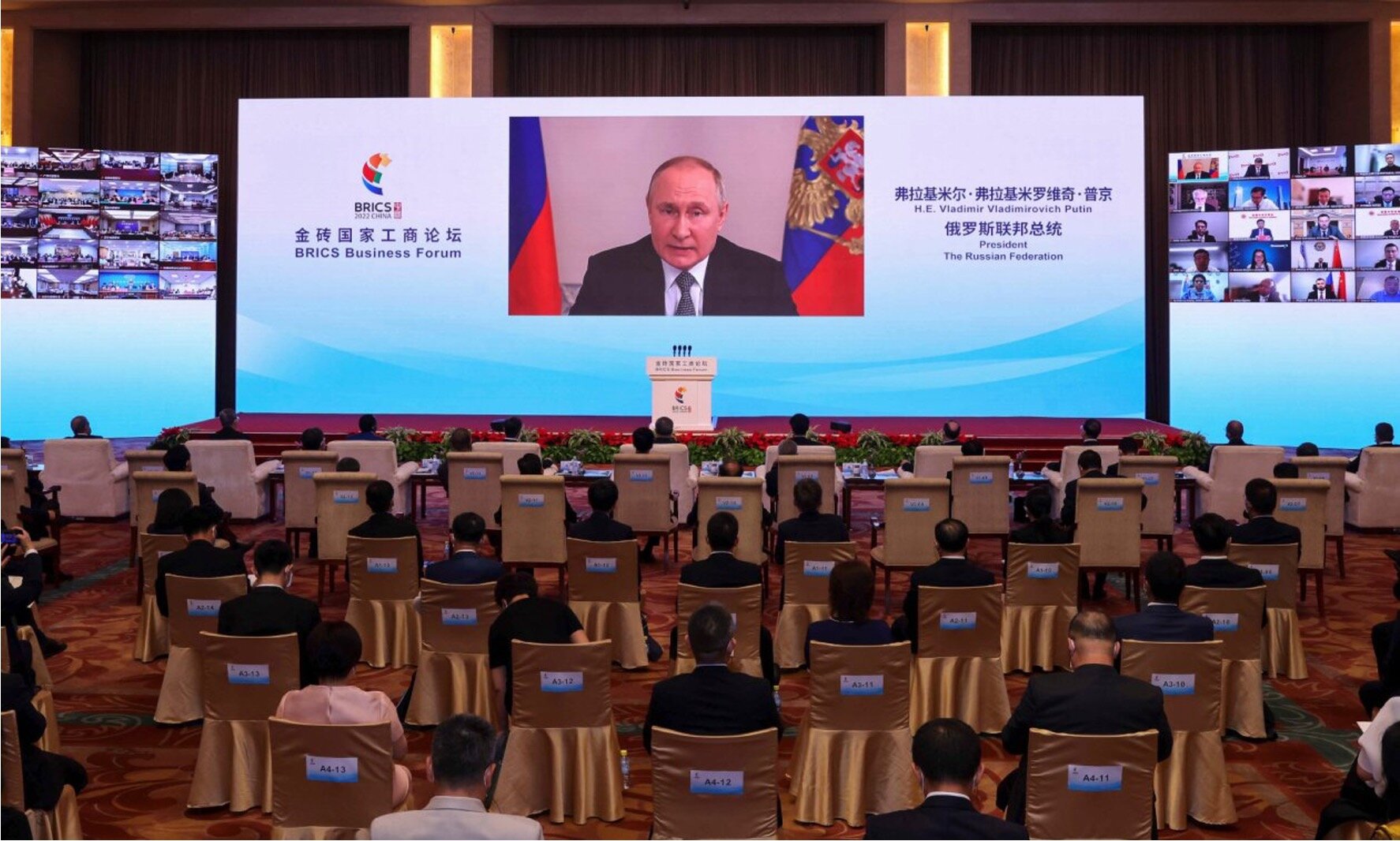 The West has been relatively united in its reaction to the Russian invasion of Ukraine so far. But beyond the US and Europe, attitudes are not so clear. Beijing has invited the Brics countries Brazil, Russia, India, China and South Africa to a virtual summit taking place this Thursday. Commentators view the emerging world order from different perspectives.

Europe’s press discusses the allegiances of nations from across the world in light of the ongoing war in Ukraine. Here are some opinions from a selection of European publications presented by eurotopics.

The West should not be surprised, Polityka says:

“Simply organizing a Brics summit with the participation of all members at a time when Russia is violating international laws can be considered outrageous. The problem is that this is only a Euro-Atlantic view. For decades, Putin and those like him have been creating their own order in which the rules of the game are different to those in Nato or the EU. It would be naive to believe that this order is only just emerging now. … Washington, Berlin and Brussels have looked away or at each other for too long and ignored these different approaches to economic and diplomatic cooperation.”

The war in Ukraine has already become a proxy war, comments Pierre Lellouche, a former member of France’s National Assembly for Les Républicains, in a guest commentary for Le Monde:

“What started as a local conflict confined to the Donbass and the status of Ukraine has become not only a highly destructive war in the heart of Europe, but also an unofficially declared proxy war between Nato and Russia, one that risks spiralling out of control at any moment. What’s more, with its repercussions in the key areas of the economy, energy and food, it has also become a global war.”

Societies being put to the test

In Russia, people wrongly believe they have an advantage when it comes to staying power, writes Kommersant FM:

“It is said that the Russian puts up with everything while the capricious Westerner immediately sets out to overthrow his government. … But this thesis is controversial. … Many Russian people, although not a majority, have already had a taste of a halfway tolerable way of living. And Europeans and Americans are not so primitive that they would trade democratic values for warm homes. However, there is some truth to the saying that the ‘broad masses’ are the same everywhere, and that having their bread and butter is more important to them than any vague ideals.”

Europe needs to get more involved in Africa again, writes the Tages-Anzeiger:

“If you ask young Africans what they would like so they can build something for themselves, the answer is often the same: stable electricity and cheap loans. These things are not available in any country on the continent. Not even after decades of development aid. China may not be perfect, many Africans say, but at least it is honest. It doesn’t promise democracy, it just wants our raw materials, but at least it leaves us with railways and roads. … Russia pretends it has no colonial past and promises nothing except that it is different from France. That is often all it takes to gain support, because many no longer expect anything from Europe.”

Cold War is a Western concept

Expresso warns that Europe should not think in outdated patterns:

“There is a far more complicated world where India, certain African powers and Latin America, which have shaken off almost all left-wing or right-wing dictatorships, do not fit into this old chess game. And they constitute a large part of the planet. … The misconception that we are going back to the Cold War is a result of the same old mistake: Eurocentrism. The war in Ukraine is a problem for the world because of its effects. But what is at stake in Ukraine is a European problem.”