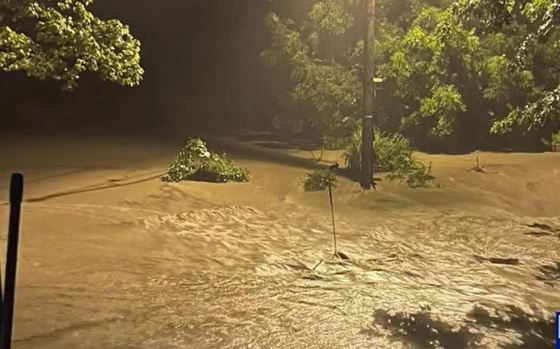 SOUTHEAST KENTUCKY, Ky. (FOX 56) — Life-threatening flash flood emergencies are being reported in portions of southeastern Kentucky after the region was hit by extreme rainfall.

Chris Hall from 606 Storm Chasing told FOX 56 that the extent of this flooding is extreme, with reports of homes being washed away, crews performing water rescues, and impassable roadways.

“There’s not a good report to report right now. Reports of people stuck on their hoods, underwater, houses are reported as gone,” said Hall. “This is more than likely gonna be put down as one in a 200-year flood.”

On top of damages done by the flood water, power and cell tower outages have been reported in the area.

An estimated 25,000 southeastern Kentuckians are currently without power. An accurate power outage map can be found at poweroutage.us/kentucky.

Appalachian Wireless, a major cell provider for the affected area, reported via Facebook that outages in their service are occurring in Bell, Breathitt, Harlan, Knott, Knox, Letcher, Perry, and Whitley Counties.

Keep up with the latest weather forecasts and alerts at foxlexington.com/weather.