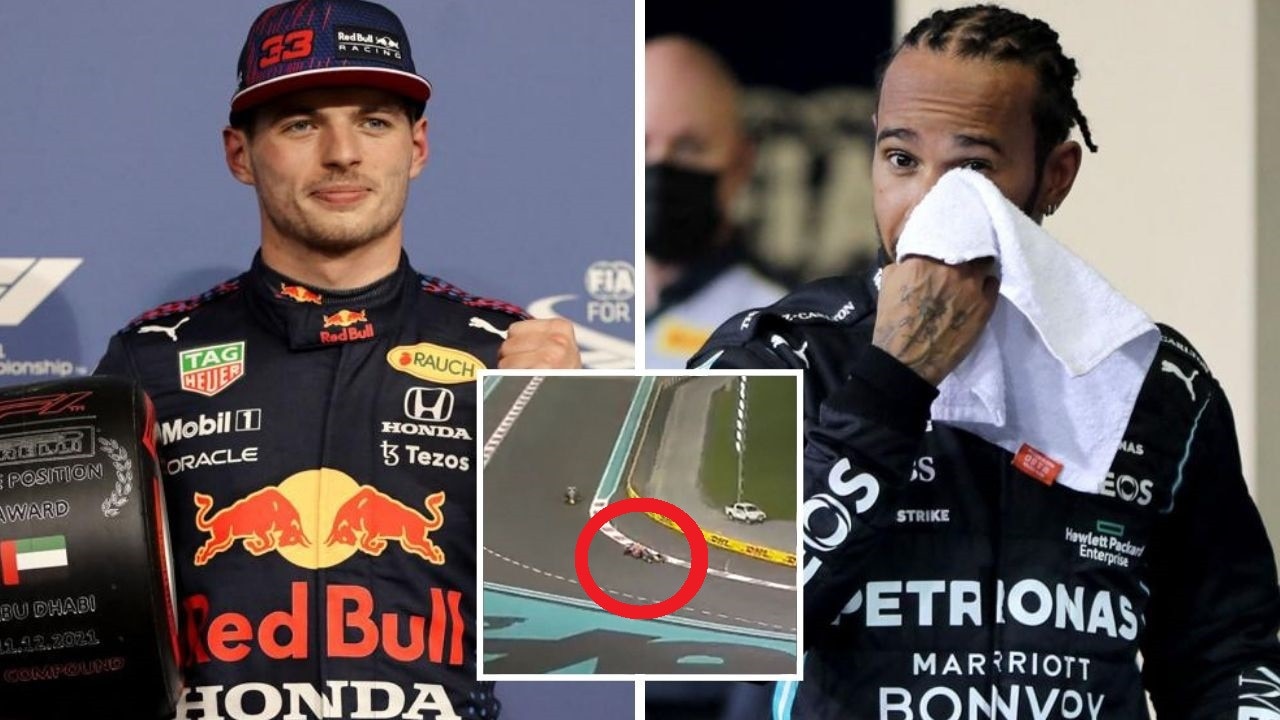 Red Bull’s sneaky tactics were executed perfectly to give Max Verstappen a huge advantage in his title showdown with Lewis Hamilton.

Max Verstappen gained a potentially decisive advantage in his epic battle with Lewis Hamilton for the F1 world title by claiming pole position for the Abu Dhabi Grand Prix, prompting Mercedes boss Toto Wolff to say it was “1-0” to Red Bull.

Verstappen goes into the season-closing race level on points with Hamilton, who took second in qualifying to join the Red Bull driver on the front row of the grid.

Lando Norris was a surprise third to park his McLaren on the second row alongside Verstappen’s teammate Sergio Perez, while Aussie Daniel Ricciardo was 10th fastest.

The last six winners in Abu Dhabi have all started from the front of the grid, with Verstappen victorious from pole last year.

Hamilton, seeking a historic eighth world title, was favourite to secure the final pole of 2021 after his Mercedes left Verstappen’s Red Bull trailing in his wake in practice.

But after Red Bull’s mechanics worked on Verstappen’s car overnight, the Dutchman produced a blistering flying lap in Q3, with a little help from Perez.

The Mexican was sent out ahead of Verstappen to give him “a tow” down the long straight before sacrificing his own lap by bailing off at Turn 9.

Verstappen’s time of 1min 22.109sec left Hamilton over half a second behind. That forced the seven-time world champion back onto the heavily modified Yas Marina circuit for one last throw of the dice.

But although he reduced the gap to 0.371sec at a venue where he is a five-time winner he could not knock his arch rival off the top of the grid.

“It’s an amazing feeling, we definitely improved the car in quali,” said Verstappen.

“I’m incredibly happy with this. It’s what we wanted but it was not easy with Mercedes’ form. I’m looking forward to tomorrow, that’s the most important.”

He downplayed the significance of the tow from Perez’s car.

“It was discussed before quali so yes it was very nice, nicely executed as well, but it’s not (the reason) whatever the gap was,” Verstappen said.

“I mean, I might have gained one tenth towards Turn 9, which is not a massively long straight. But, nevertheless, Checo is a great team-mate and a real pleasure to work with.”

Red Bull boss Christian Horner also played down the impact of the “tow” and instead heaped praise on Verstappen’s ability for getting him into pole position.

“I think that’s one of Max’s best laps of the year,” Horner told Sky Sports.

“The tow, even on the following lap that we got him to back off on, he matched the time, and the tow was probably worth a tenth or two, not half a second.

“I think that his last sector, when you look at the level of downforce he’s got on, is insane. It’s absolutely insane.”

Given their intense, sometimes acrimonious rivalry there was a nice show of mutual respect when Hamilton and Verstappen fist-bumped passing each other during post-qualifying interviews.

“We just couldn’t compete with that time at the end there,” he said. “The last lap was nice and clean, I just couldn’t go any quicker. I couldn’t beat the time he did today, he fully deserved the pole.

“We are still on the front row, different tyres. It is great I can see where he is.”

Wolff said it was “1-0” to Red Bull but intimated that all was by no means lost. “They got the tyres in a perfect window in the last run. The tow functioned flawlessly and that’s why they’re on pole,” he said.

“There is nothing you need to say. I think he (Hamilton) will be angry and that is good — motivated for tomorrow to hunt him down.

“This is a long race, and this is Lewis Hamilton in the car.”

With the two drivers locked together on 369.5 points after 21 of the 22 races the stakes could not be higher for the duelling duo.

And aside from pole Verstappen has another advantage over Hamilton. Should the pair end up all square — (one finishes ninth, the other 10th with the fastest lap) — or fail to score any points then the title is his on the strength of his nine race wins to Hamilton’s eight.

Hamilton may have been upstaged but he can take heart from the fact that the last time Sunday’s race was won by a driver not starting from pole was in 2014 when he beat his then teammate Nico Rosberg.

His current teammate Valtteri Bottas joined Carlos Sainz’s Ferrari on the third row in his last race weekend for Mercedes before moving to Alfa Romeo.

Then came Charles Leclerc in the other Ferrari, with the top 10 completed by Yuki Tsunoda’s Alpha Tauri, Esteban Ocon (Alpine) and the McLaren of Ricciardo.

With qualifying wrapped up, the stage is set for the closing chapter of a gripping season which for the first time since 1974 sees the two title challengers neck and neck entering the final straight.