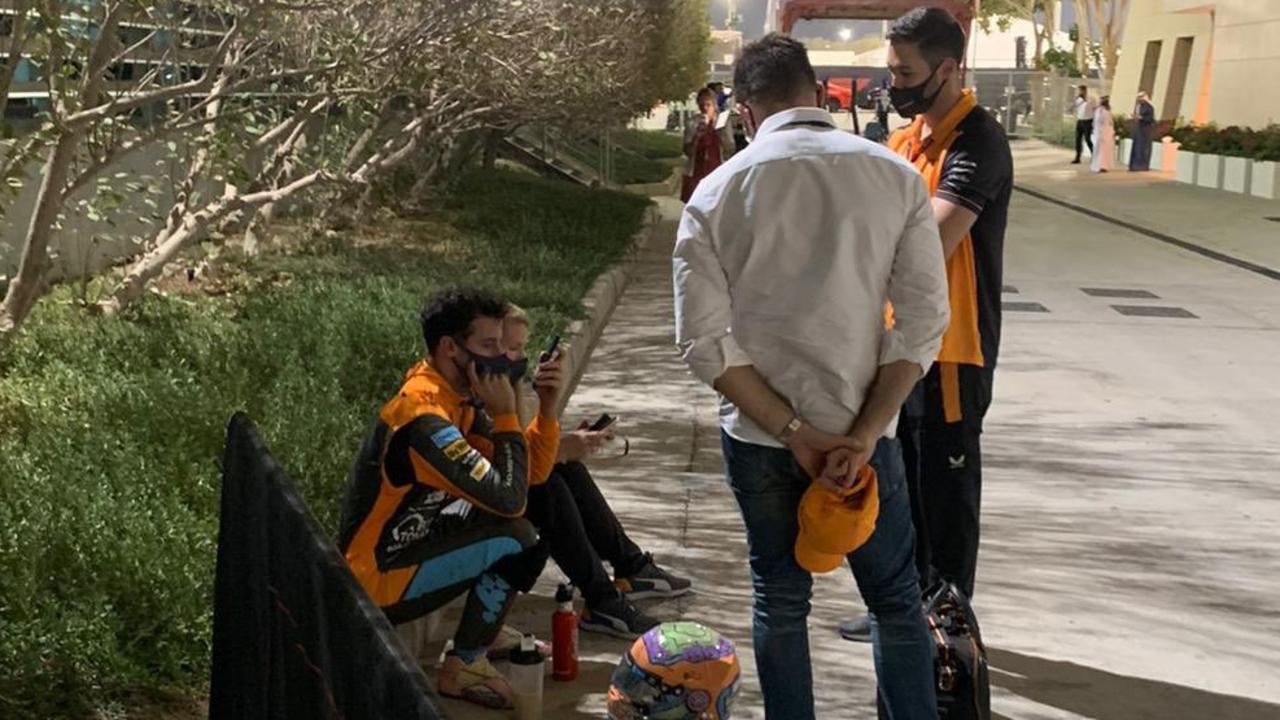 Daniel Ricciardo’s season started in the worst possible fashion as McLaren hit a new low in Bahrain that points to worrying signs ahead.

Daniel Ricciardo’s miserable weekend continued as McLaren’s nightmare in Bahrain stretched into the first grand prix of the season on Monday morning (AEST).

The Aussie F1 star finished a lowly 14th and teammate Lando Norris was 15th in the opening race of 2022 — awful signs for a team desperate to improve on its fourth-placed finish in last season’s constructors’ championship.

Ferrari celebrated a one-two finish as Charles Leclerc won a dramatic race ahead of Carlos Sainz, while Lewis Hamilton snatched third after both Red Bulls — Max Verstappen and Sergio Perez — retired in the final two laps of the race.

There were worrying signs for Ricciardo when he qualified 18th on the grid and early in the grand prix he slipped back to be running dead last of all 20 cars. While he managed to move up a few places in the final standings, there was still no reason to smile.

Ricciardo struggled massively last year, constantly being outperformed by Norris as he struggled to adjust to a new car in his debut season in papaya. But with both drivers performing so poorly in Bahrain, McLaren has huge questions to answer as teething issues can no longer be used as an excuse.

Verstappen suffered an electrical problem and Perez spun out on the last lap while George Russell, in his first race since replacing Valtteri Bottas at Mercedes, took fourth place to give Mercedes a score of 27 points that they could not have dreamed of in the middle of the race.

There was also a remarkable outcome for the Haas team, which got no points last season, only to see Kevin Magnussen, who has replaced Russian driver Nikita Mazepin as a result of the invasion of Ukraine, finish fifth in his first race since 2020.

For Leclerc, who started the race on pole and faced a battle for the lead with Verstappen in the opening laps, it was pure delight.

The man from Monaco told his team over the radio: “That’s exactly how we should start the season. One-two baby, one-two. Mamma mia.”

Once the race trophy was in his hands, Leclerc said: “I’m so happy. We knew this was a big opportunity for the team and the guys have done an incredible job building into amazing car.

“A one-two today with Carlos – we couldn’t hope for better. It’s incredible to be back at the top.”

Leclerc had started on pole and in a furious early part of the race, he exchanged the lead with Verstappen several times under the floodlights in the Gulf.

By lap 37 of 57, Leclerc’s lead was 2.3 seconds and Verstappen was arguing with his own team over their instructions from the pit lane.

The race was disrupted when the safety car came out on the 51st lap after Pierre Gasly had to jump out of his Alpha Tauri before it burst into flames.

When racing resumed, Sainz attacked Verstappen for second place but the Dutchman’s race ended in bitter disappointment as he appeared to lose all power on the 55th lap and had to limp into the pits without a point.

While Christian Horner and his Red Bull team were digesting the champion’s failure to finish, Perez suddenly spun and came to a halt, apparently due to a mechanical issue.

That allowed seven-time champion Hamilton to help himself to third place.

“It was such a difficult race – we’ve struggled throughout practice and this was the best result we could hope for. We’re grateful for these points.”