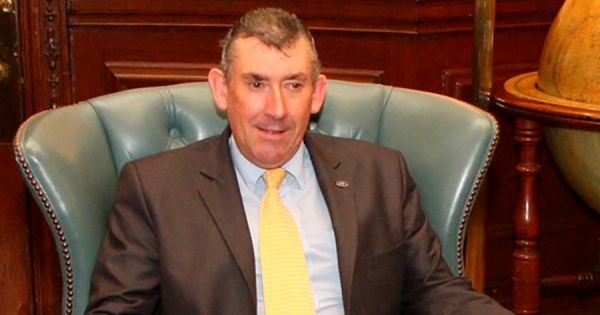 Stanley, the capital of the Falkland Islands, has been confirmed as one of 39 applicants being considered for city status as part of The Queen’s Platinum Jubilee celebrations next year. The competition for this prestigious civic honour has been expanded, for the first time, to include British Overseas Territories and Crown Dependencies.

City status is granted by the monarch and is not necessarily linked to the presence of a cathedral or a university, although Stanley does have the former – Christ Church Cathedral was built between 1890-1892 and, together with the iconic Whalebone Arch within its grounds, is a regular feature in paintings and postcards featuring Stanley.

MLA Ian Hansen, Chair of the Legislative Assembly, said of the news: “We have applied for city status because 2022 is going to be an incredibly special year for both Her Majesty The Queen and for our country, as we prepare to show the world how far we have come since the Falkland Islands War in 1982. Although we are 8,000 miles away, we have a long-standing and heartfelt affection for the Royal Family and, each time we have welcomed royalty to our shores, they have made a lasting impression on our home and in our hearts. I will be keeping my fingers firmly crossed for a successful outcome in the New Year, as it would mean the world to the whole of the Falkland Islands community.”

Andy Keeling, Chief Executive of the Falkland Islands, added: “It really would be an incredible honour to receive this accolade as part of The Queen’s Platinum Jubilee celebrations. Not only would it be the icing on the cake in terms of our existing plans to mark Her Majesty’s 70-year reign, but would send out a signal concerning the economic, social and political development of the Islands during that time and how we are positioning ourselves for the future. We are not purely a nation of penguins and public-spirited people, but a forward-thinking country that has a part to play within the global community as a business destination, international tourist haven and environmental partner.”

The final decision will be taken in 2022, during the (northern hemisphere) spring, and announced shortly afterwards as part of The Queen’s Platinum Jubilee celebrations. The full list of applicants can be found on the UK government website: https://www.gov.uk/government/news/full-list-of-places-aiming-to-become-jubilee-cities-revealed