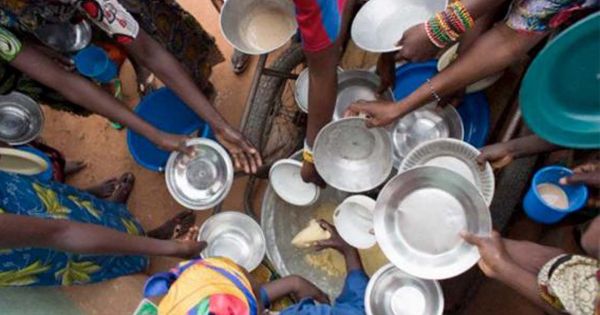 Famine takes a grip of Latin America and the Caribbean

A United Nations official from the Food and Agriculture Organization (FAO) Tuesday announced famine in Latin America and the Caribbean had increased at a higher rate compared to other regions in the world during the COVID-19 pandemic.

It is the sixth edition in which we must report bad news, said Julio Berdegué Tuesday in Santiago, Chile, when releasing the 2021 Regional Overview of Food Security and Nutrition. He added the situation has been deteriorating constantly since 2014, but it gained speed under the sanitary crisis.

Hunger is one of the worst forms, the most serious, of food security, but in this region there are 267 million people who suffer from moderate and severe food insecurity, Berdegué underlined, as sixty million people in 2019 alone joined the ranks of the undernourished.

“We must say it loud and clear: Latin America and the Caribbean are facing a critical situation in terms of food security,” Berdegué insisted. “There has been an almost 79% hike in the number of people living in hunger from 2014 to 2020.”

Food security deteriorated 9% between 2019-2020 throughout Latin America and the Caribbean. No other region comes close to it, Berdegué pointed out, not even the poorest, like Africa.

Berdegué also highlighted the private sector was key to finding solutions to this problem, because there cannot be positive action without a change in the productive strategies, where agri-food businesses are essential.

Governments have to conduct the policies that provide the framework for this turn, he said as he highlighted Chile’s performance in this regard.

But beyond nice words, the truth remained that the number of hungry people in Latin America and the Caribbean has risen by 30% since 2019 to reach its highest level in 15 years. More than 59 million people across the region currently are not getting enough to eat, an increase of 13.8 million people in just one year, according to UN agencies.

The prevalence of severe food insecurity (people without food or have gone a day or more without eating) reached 14% in 2020, a total of 92.8 million people, a huge increase compared to 2014, when it affected 47 , 6 million people.

This is not solved with personal attitudes. What is required is a food system that satisfies the population in a healthy way. Berdegué stressed.

Obesity also grew signitifcantly over the past few years, which is in itself another form of malnutrition stemming from unhealthy diets and life conditions. Between 2000 and 2016 it grew 9.5% in the Caribbean, 8.2% in Central America and 7.2% in South America. Childhood overweight has been increasing for 20 years in the region, and in 2020, 3.9 million children – 7.5% of those under five years of age – were overweight, almost 2 percentage points above the world’s average.