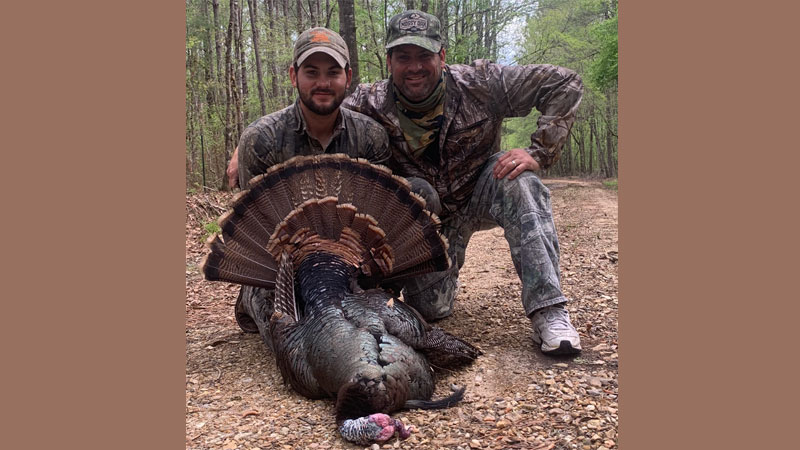 Grayson Spinosa and his dad, John, with the turkey Grayson shot with federal top class TSS #9 shot after his dad known as the gobbler in on opening day.

“After seeing two toms all deer season, I felt like we had a chance this turkey season. My son, Grayson, who mostly duck and goose hunts, decided to make opening day with me this year. As the sun came up we heard three different gobbles from three different directions. We set out our two decoys and started to call softly with my Lynch’s world champion box call. The tom would gobble but sounded at least 300 yards away. After several calls back and forth the tom became silent, so I continued to call softly. We were about to give up when he gobbled behind us very close and scared the you know what out of us. My son spun around and pointed his gun at the sound, I called softly and the tom started strutting and drumming 25 yards away behind a bush. My son picked a hole and when the tom stepped into the hole he let him have the federal premium TSS #9 shot, and he folded. After the shot, I saw the other tom jump and run off, and we began to celebrate!”