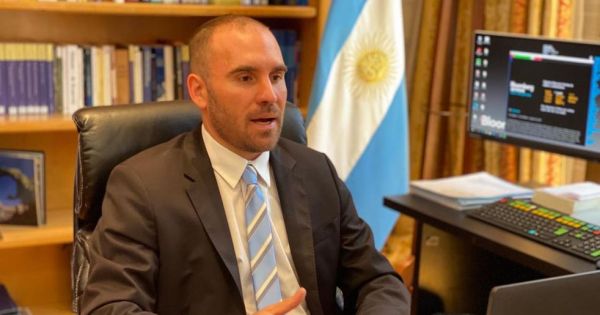 Argentine Economy Minister desperately needs to reach an agreement with the International Monetary Fund (IMF) this week, because the Central Bank (BCRA) has only US $ 800 million left in cash with which to intervene in the local exchange market, which is pressing for a devaluation.

With Monday’s National Sovereignty Day holiday, Guzmán has one less business day to fear things might go out of control.

And Guzmán now needs to reach a deal with IMF Director Kristalina Georgieva who was twice on the brink of dismissal earlier this year and is now compelled not to agree to anything too detrimental for the international body.

Faced with this scenario, Argentine investors and businessmen are getting used to the idea of a disorderly devaluation, according to analysts, who are uncertain of Guzmán’s bargaining strength after the Nov. 14 mid-term elections.

On the other side, IMF sources quoted by Argentine media are sceptical about the exchange market’s near future with a gap between the official and the unofficial rates already at around 100% or above.

Economy Ministry sources are hopeful the IMF will come to its senses and agree that it cannot afford that Argentina falls into default, after granting a US $ 44 billion loans, the largest in the body’s history.

At this point, Guzmán is striving to acquiesce to IMF goals and keep a fiscal deficit for 2022 below 3.3% of the GDP, although the IMF wants it not above 2,5%. The IMF also demands the agreement be backed by the opposition, who is thus handed over the key to allow President Alberto Fernández to stay in office or create a set of conditions similar to those which have led to the resignations of former Presidents Raúl Alfonsín or Fernando de la Rúa.

The BCRA’s net reserves stood at US $ 6,540 million, including gold holdings (US $ 3,697 million) and a balance of the SDRs sent this year by the IMF of US $ 2,033 million, according to the Economic and Social Reality Study Group (Geres).

The Central Bank also reported Friday international reserves of US $ 42,273 million, including deposits and other assets which, in theory, are off-limits. In December, Argentina has international maturities worth US $ 1.9 billion to the IMF.

At this pace, how far is President Fernández from collapse?