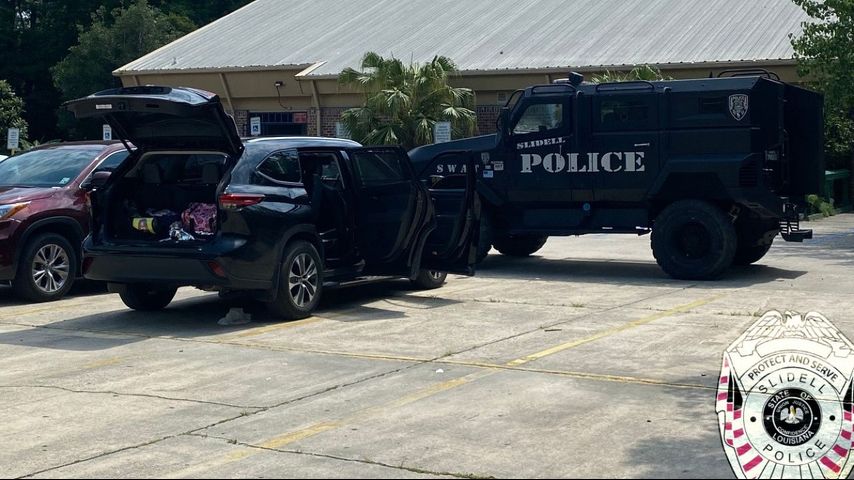 NEW ORLEANS – Five teenagers are in custody after an Uber driver was shot in New Orleans and left to die on the side of the road.

The Slidell Police Department said officers found the teenagers in the victim’s vehicle, a 2022 Toyota Highlander, at John Slidell Park on Tuesday. Authorities suspect the teens were “scouting” the area for another car to steal.

A tactical team was called in, and all five suspects—two of them just 16 years old—were taken into custody without incident.

Police identified three of the suspects as 18-year-old Crystin Morgan, 18-year-old Eitan Morgan, and 19-year-old Jason Washington. All three face charges of illegal possession of stolen property, illegal carrying of weapons, possession of a schedule V narcotic, and contributing to the delinquency of a juvenile.

The other two suspects were not identified due to their age. They were booked into a juvenile detention center for illegal possession of stolen property, illegal carrying weapons, and possession of a schedule V narcotic.

The condition of the Uber driver is unclear as of Friday.