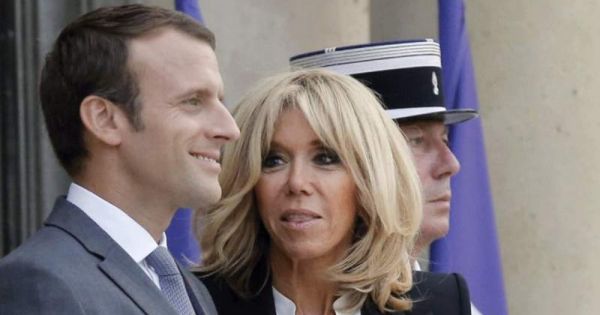 France’s First Lady Brigitte Macron Tuesday said she would sue all those who have spread fake news about her being in fact a transgender woman, who has allegedly changed her sex and birth name of Jean-Michel Trogneux.

The wife of French President Emmanuel Macron has been under social media attacks since Nov. 7 when rumors about her identity began to be spread. Over 57,000 Twitter postings under the hashtag #JeanMichelTrogneux have been disseminated. The messages also contended she was not the actual mother of her children.

It all began with a pseudo-investigation carried out by an Internet user by the name of Natacha Rey, who is said to be close to far-right and conspiracy circles.

Most accounts relaying these postings are believed to belong to Macron’s opponents, but also to anti-vaccine and covidosceptic circles, according to Libération. On Facebook, the rumor was shared especially by pages that support the Yellow Vests movement or that oppose Macron’s health policies.

French newspaper Le Monde has expressed fears that the 2022 presidential elections will be parasitized, like the last two US presidential elections, by nefarious conspiracy theories. Natacha Rey is immersed in conspiratorial circles close to QAnon, a myth originated in the United States under former President Donald Trump which maintains the conservative billionaire was out on a crusade against a pedophile ring in powerful positions, according to Le Monde.

Former US First Lady Michelle Obama has also been said on social media that she was a transgender woman. And in 2018, New Zealand’s Prime Minister Jacinda Ardern was also said to be a transvestite man posing as pregnant.

The political ideology behind this type of campaigns is believed to stem from the idea that everything past was better. A recent opinion poll has shown 65% of French people thought their country was in full decline.