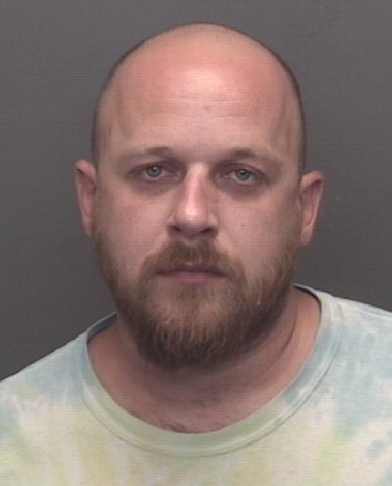 Police say the investigation into Aaron Porter led to an apartment in the 300 block of Southeast Second Street where he was spotted with Joseph Franks on multiple occasions. Detectives with the Evansville-Vanderburgh County Drug Task Force (EVCDTF), say they saw Porter leave the apartment and commit multiple traffic violations for which they performed a traffic stop.

Reports say that Porter gave a false name and was taken into custody on May 25 with a large amount of $100 bills. With further investigation through confidential informants, police say they learned that Porter and Franks were using and dealing controlled substances including Cocaine, Ketamine, Psilocybin mushrooms and LSD.

According to an affidavit, detectives used the informants to buy 40.6 grams of Psilocybin from Franks between July 4 and July 21 with recorded buy money. EVCDTF officials say they applied for a search warrant for the Second Street apartment and it was granted on August 4.

Toolbox in the entryway

Box and bag on dresser

All evidence was transported to the EVCDTF office by Sgt. Hassler. Porter was charged with possession of cocaine and dealing schedule 1 substances.