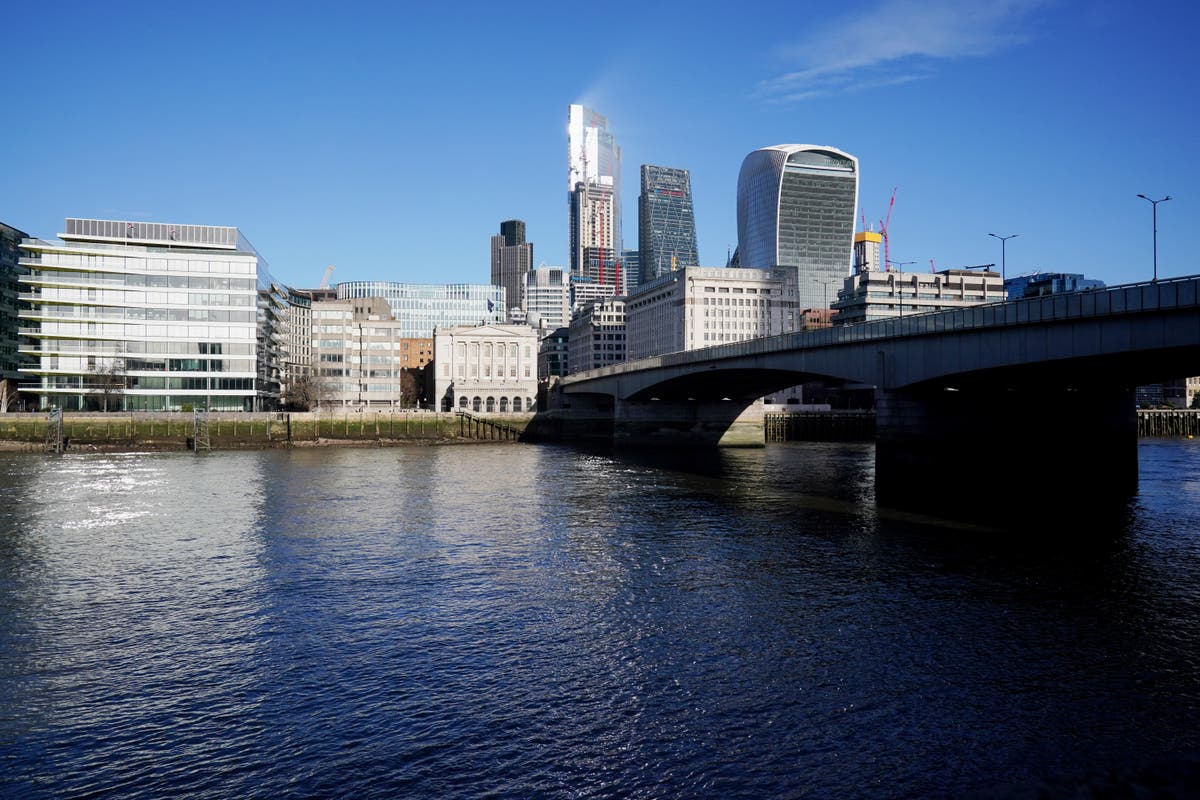 The FTSE 100 has notched up a second day of gains after being lifted by its natural resource companies.

A slightly lower pound – although it pared back some of its losses – sparked by the Bank of England’s interest rates decision helped the index push through what was otherwise a fairly poor day in the rest of Europe.

It was a strong performance, especially when compared to its European cousins. The Dax in Germany closed down 0.4% while Paris’s Cac 40 rose 0.4%.

“A more subdued atmosphere prevails across markets today, with any appetite to push the gains of the past two days weakened by central bank moves and fading hopes of progress in Ukraine negotiations,” said Chris Beauchamp, chief market analyst at online trading platform IG.

“In the wake of the Fed and BoE rate hikes traders have turned more defensive, and much of yesterday’s bullishness in markets has been pruned back.

“Like central banks, investors are aware of the rocky global outlook, made worse by the war in Ukraine, and are still nervous about how the downturn in expected GDP growth will hit earnings.”

Fresnillo, Shell, Antofagasta and Rio Tinto had strong showings on the FTSE, after the natural resource sector fell earlier in the week.

Oil prices pushed up 9% to 106.88 dollar per barrel, still far below their peaks earlier this month.

Earlier on Thursday, the Bank of England said that it would hike interest rates but just by 0.25 percentage points to 0.75%.

“It looks like the BoE is going for a pause in its hiking path, having pushed on ahead of other central banks with its third hike in as many meetings today,” Mr Beauchamp said.

“The likely slowdown in the UK economy means that, even if inflation continues to rise, the bank may look to act in an even more measured manner.

“No one can accuse the BoE of rushing it, but even the recent tempo of hikes looks too quick.

“Thus the pound has seen its gains against various currencies given back, and could struggle in the near-term as the more dovish tone is digested by markets.”

In the US the S&P 500 and Dow Jones had both gained around 0.4% shortly after markets closed in Europe.

In London, Ocado was the FTSE’s worst performer after the business revealed that retail sales are falling.

The business cut its outlook for the full year, as it said customers are tightening their belts due to the cost-of-living crisis.

Some shoppers who switched to online grocery buying during the pandemic are also abandoning their deliveries and going to the supermarket instead. Shares in the business closed down 8.2%.

Elsewhere, Cineworld shares also fell, by nearly 5%, after the business said that it had been hit during January and February due to Omicron, and a lack of big film releases.