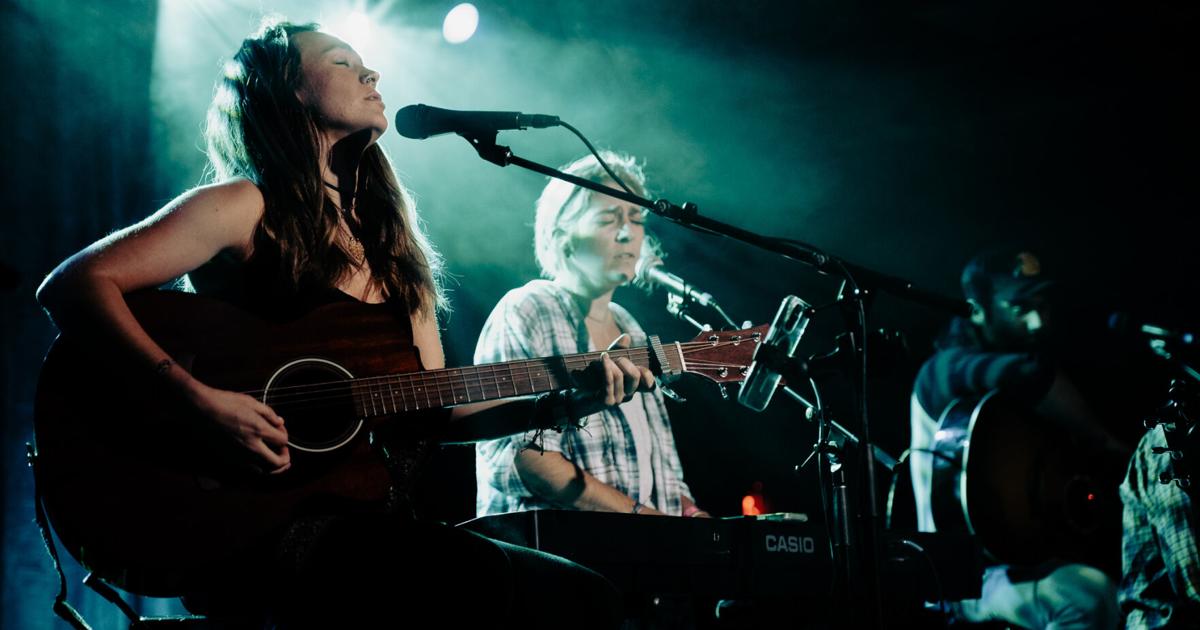 Writers’ rounds typically feature four or more songwriters taking turns performing their original material, one song at a time in a succession of rounds.

“We needed something like that here,” local singer-songwriter Bourgeois said. “I wanted to just be a part of it.”

“It’s a bigger space than you would normally find for something like that,” she admitted. “Usually, it’s super intimate, but I thought we should try it because Chelsea’s was so new.’’

“It’s been pretty cool,” Bourgeois said in advance of the next “Colorful Sounds in the Round.” Happening Thursday, June 30, it will feature Will Vance, Evan Anthony, Taylor Stoma and two singer-songwriter couples, Molly Taylor and Denton Hatcher and Jodi James and Clay Parker.

James and Parker, a seasoned singer-songwriter duo that performs locally and nationwide, are making their “Colorful Sounds in the Round” debut. Their original compositions include “You Gave Me Love,” the song heard ubiquitously in a long-running TV commercial for The Baton Rouge Clinic.

“We are looking forward to it,” James said of her upcoming “Sounds in the Round” appearance. “Charlston has been putting a great deal of effort in curating something special.”

Bourgeois estimates that the Baton Rouge area has dozens of singer-songwriters. Many of them, she said, also perform nonoriginal music, in part because bands and solo performers that play current hits and old favorites are in more demand for music venues and private functions than original music acts.

Bourgeois knew enough local singer-songwriters to fill the first three “Sounds in the Round” shows with personal acquaintances. Performers have also traveled from Lafayette and New Orleans to play at the songwriters’ round and from as far away as Nashville.

“But I’d never been to an actual writers’ round in Baton Rouge, where they’re all on stage doing songs,” Bourgeois said.

Bourgeois initiated “Sounds in the Round” after she returned from a lengthy stay in Los Angeles. She moved to L.A. in October 2019 to pursue her singer-songwriter career. In early 2020, just as Bourgeois was settling in, the coronavirus pandemic stopped performances and other opportunities she may have had in L.A.

“It was kind of rough, but I made the most of it,” she said of her pandemic time in L.A. “I ended up writing a lot and working on a record.”

Productive though her West Coast sojourn was, Bourgeois has moved back home to Louisiana, at least temporarily. The reasons for her return include the cost of living in L.A. and, perhaps more importantly, she missed her songwriting community in Baton Rouge.

In Los Angeles, she said, “you’re kind of starting over. And I was getting homesick a little bit. I wanted to come back to the community, and I realized that, from a musician standpoint, there was a lot more here than I’d thought. I don’t know if I’ll stay forever, but it’s definitely a good resetting time for me.”

In general, the quality of local songwriting is high, Bourgeois said.

“Baton Rouge, per capita, has more talent than some of these bigger cities that everyone is moving to,” she said. “A couple of people from here who moved to Nashville, when they come back, they say Baton Rouge has a lot of untapped talent. And there are so many people who haven’t shared their stuff yet. I’ve put writers who I wasn’t super familiar on because I wanted to give them the opportunity. They surprised me and other people.”

‘Colorful Sounds in the Round’