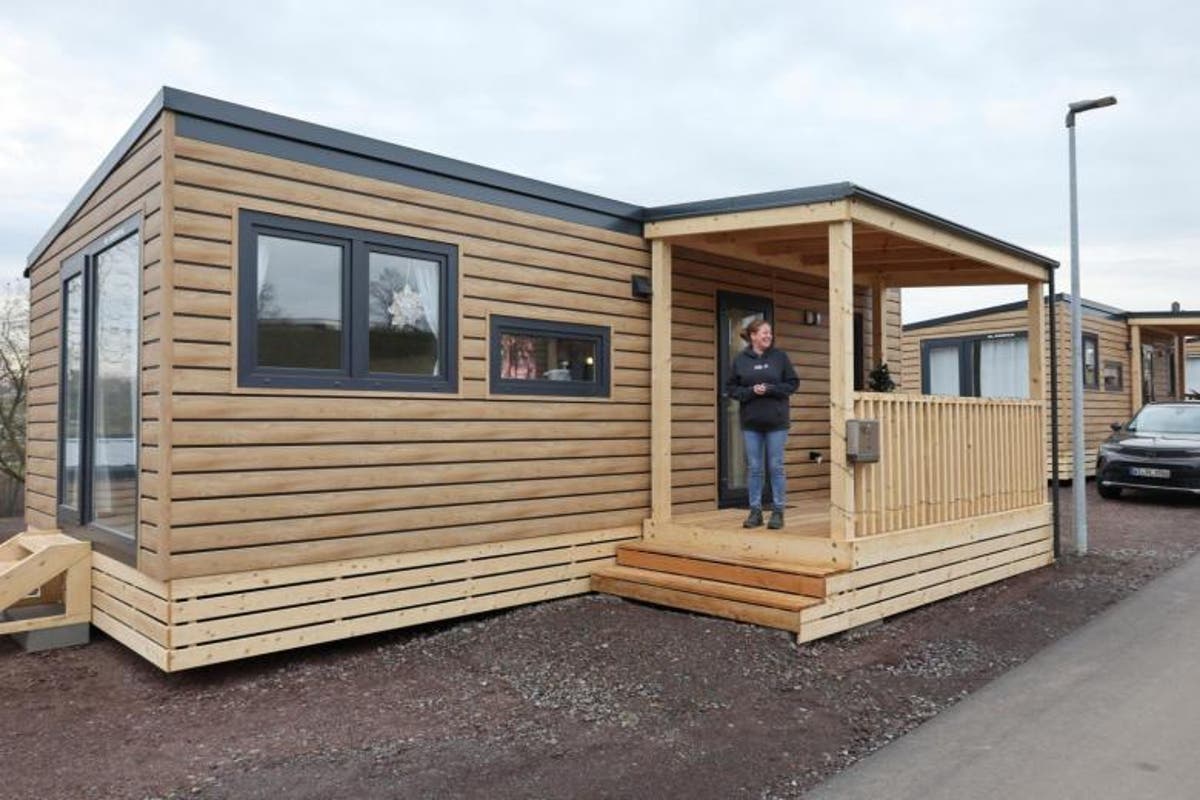 Christmas has come early for several Germans whose homes were swept away by severe flooding that ripped through the country earlier this year.

Franziska Hilberath and her partner have been able to move into a new “tiny house” in time for the holidays – one of 25 that have been built – thanks to generous donors and a government scheme set up to help those worst affected.

The pair said they had been sleeping at the homes of friends and relatives since Germany‘s most lethal floods in six decades hit in July, killing more than 180 people and destroying many houses, roads, railway lines and bridges.

Ms Hilberath’s old, half-timbered home in west Germany’s Ahr valley was one of those destroyed by the floods. Water reached the ground floor ceiling when the Ahr river burst its banks amid record rainfall.

Speaking as they moved into their new home, Ms Hilbreath said “we have actually now at short notice still got a (Christmas) tree and started to somehow decorate – something we had completely ruled out for this year.”

She and her partner had been on the waiting list for the “tiny houses” but did not expect to get one until February at the earliest.

But they got some festive cheers last week when they received a call telling them they could move in before Christmas Day.

The government has set up a €30 billion (£25 billion) recovery fund to help western and southern Germany rebuild after the floods.

But citizens’ initiatives have also raised millions of euros – some of which are now going to fund the construction of tiny houses as frigid temperatures set in and many flood-hit buildings remain without heating or electricity.

So far, 25 tiny homes measuring some 30 sq metres each have been handed over to flood victims such as Ms Hilberath in the town of Grafschaft.

Each house has a bathroom, bedroom and open kitchen, and comes fully equipped with bed linen, kettle and coffee maker.

“They are ready to move into, so people don’t have to organise anything big anymore, but can move in directly and, so to speak, process here what they have experienced,” Grafschaft spokesman Thomas Hergarten said.

Ms Hilberath said her tiny home is not big enough for her Christmas tree, which instead bedecks the terrace, but she was still grateful for the people who helped put a roof over her head.

“We’re glad to have arrived here, glad to have privacy again and not spend the night on someone’s couch or airbed.”