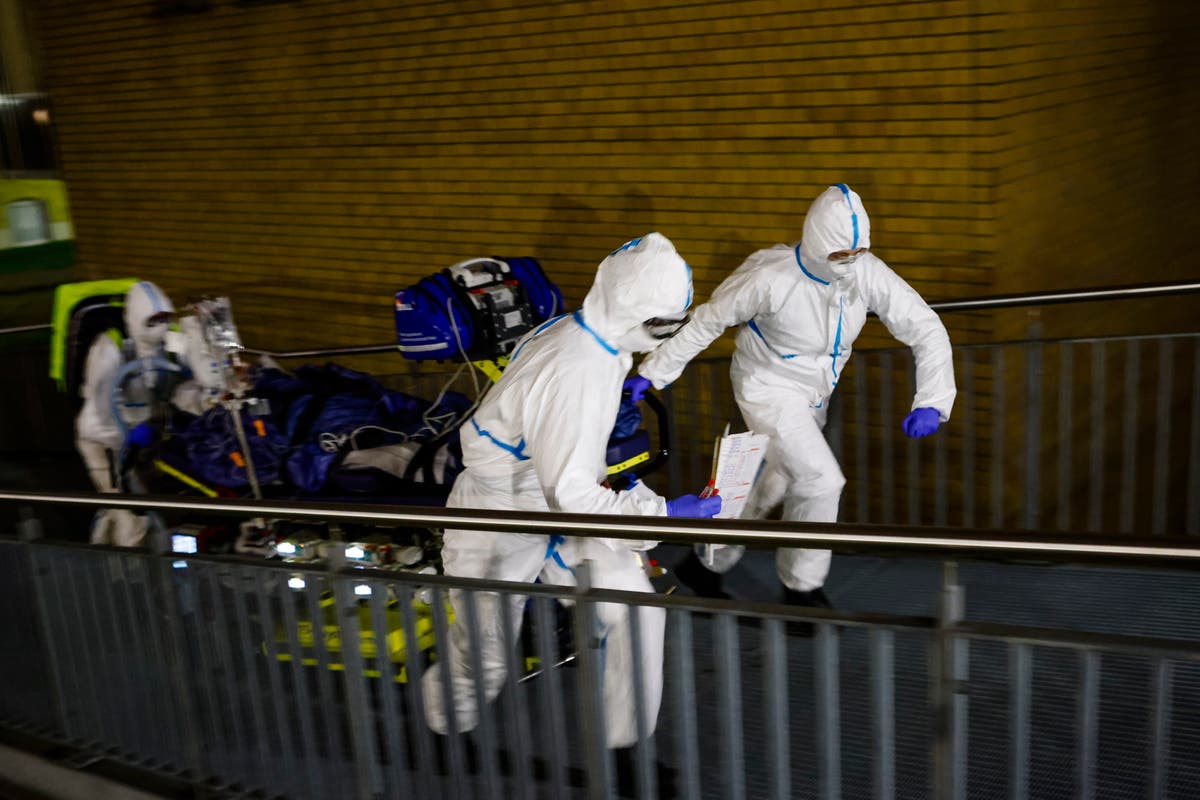 Germany has reported the highest number of deaths from coronavirus since mid-February – with the toll reaching 446 – as hospitals warned that the country could have 6,000 people in intensive care by Christmas, above the peak of last winter.

The Robert Koch Institute, Germany’s state infectious disease agency, reported 67,186 new cases on Wednesday, up 302 from a week ago, and 446 deaths – the highest daily figure since Feb. 18, bringing the overall death toll to 101,790.

Germany’s federal and regional governments agreed on Tuesday to take action to counter the fourth wave of Covid-19, including stepping up the vaccination campaign and restricting contact, especially for unvaccinated people.

Already criticised by scientists for acting too late, the leaders agreed to take firm decisions on Thursday on proposals such as forcing customers to show proof of vaccination or recovery in shops and limiting numbers of people at big events.

Gernot Marx, president of the DIVI association for intensive care medicine, warned that the country could still have 6,000 people in intensive care by Christmas regardless of what measures are now decided by politicians.

That compares with a previous high of 5,745 coronavirus patients in intensive care on 3 January. Germany also has fewer beds available now due to a shortage of nursing staff.

“The situation is really becoming increasingly tight,” Marx told ZDF television, calling for the government to consider a temporary lockdown. “We need to save the clinics from collapse.”

Four people in southern Germany have tested positive for the Omicron Covid-19 variant even though they were fully vaccinated against the coronavirus, the public health office in the state of Baden-Wuerttemberg said.

Three of the infected people returned from a business trip to South Africa on 26 November and 27 November respectively, and the fourth person is a family member of one of the returnees. All four showed moderate symptoms.

While Germany dealt with the first waves of the pandemic relatively well compared to other European nations, its recent complacency during the election campaign and low vaccination rates have created a fertile ground for the sharp increase.

Germany’s vaccination rate, at 68 per cent, is among the lowest in western Europe.

The country’s airforce, Luftwaffe, last week started transferring Covid-19 patients from overwhelmed hospitals in the south to other facilities in northern Germany where there is still capacity in intensive care units.