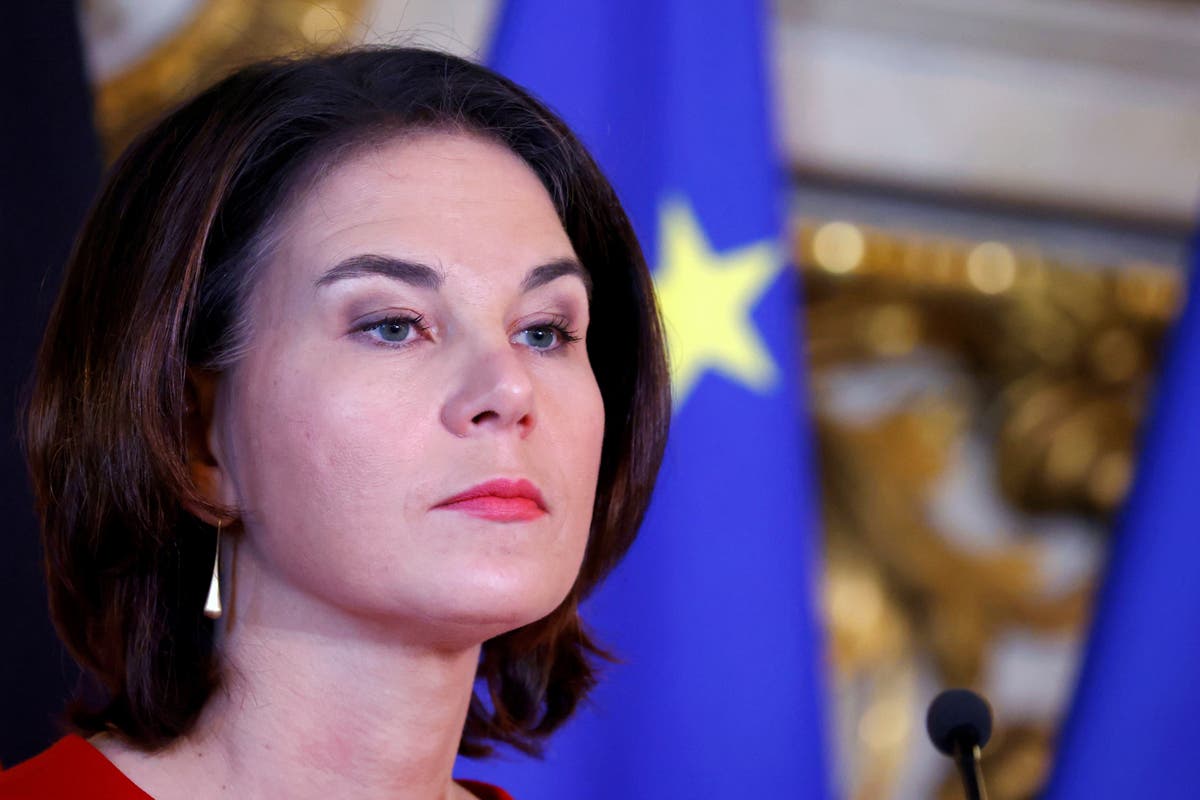 German Foreign Minister Annalena Baerbock emphasized the need to coordinate a common European position when dealing with hostile neighbors such as Russia, which has amassed troops near the border with Ukraine.

“The territorial integrity and sovereignty of Ukraine aren’t up for negotiation for us,” Baerbock said in Paris while making her first foreign trip a day after taking office. She added that the highest priority must be to avoid a military escalation.

“Russia would pay a high political and economic price for a renewed breach of Ukraine’s statehood,” Baerbock told reporters during a a joint news conference with French Minister for Europe and Foreign Affair Jean-Yves Le Drian “We can only find solutions down the diplomatic route, and we are both ready to become personally deeply engaged (on this matter).”

Asked about a possible diplomatic boycott of the Winter Olympics in China, Baerbock said the issue had been a “big topic” during her meeting in France. The White House and the British and Australian governments have said none of their diplomats will attend the Beijing Games, decisions intended to protest Chinese human rights abuses.

Germany wants to decide how to proceed “in unison with our European friends,” she added.

Le Drian also said a common European stance regarding a diplomatic boycott of the Olympics was needed. The French foreign minister spoke shortly after French Education and Sports Minister Jean-Michel Blanquer said Paris would not join such a boycott.

“Sports is a world in itself, which must be protected from political interference, otherwise…we can end up by killing the competition,” Blanquer said on French news channel BFM-TV.

During the wide-ranging news conference with her French counterpart, Baerbock stressed that the sexual assault allegations made by Chinese tennis player Peng Shuai against a former Communist Party official should be taken seriously.

“If a woman makes such allegations, then they should be heard, including internationally,” said Baerbock, who is Germany’s first female foreign minister.