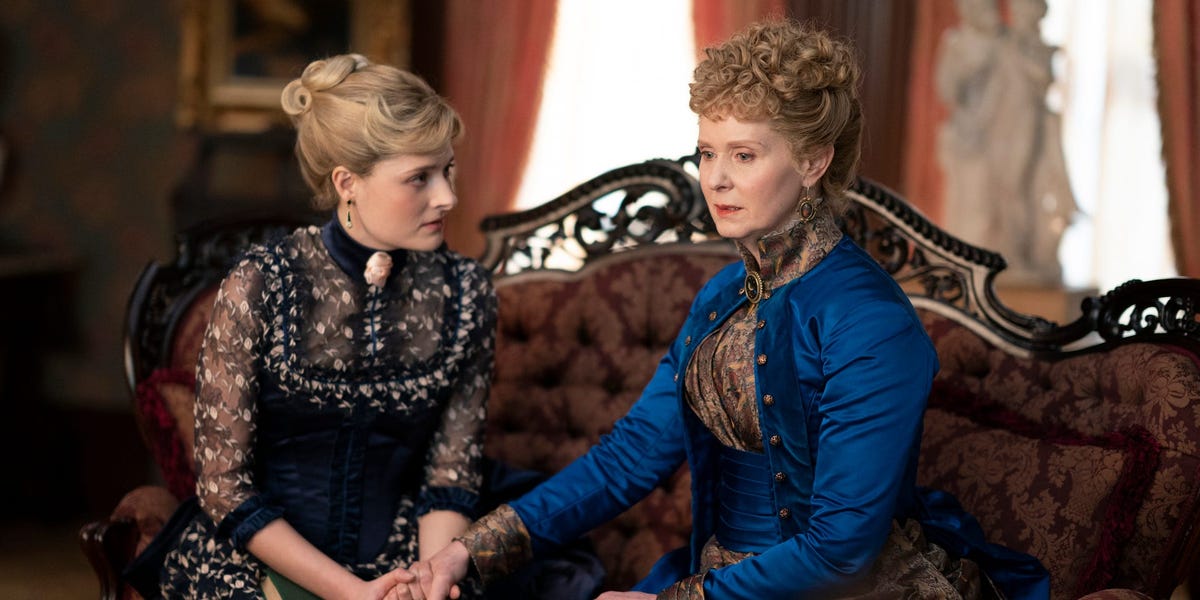 On Tuesday’s episode of the “Reign with Josh Smith” podcast, “The Gilded Age” star Louisa Jacobson said she felt “the ghosts in the room” when filming a scene a historic mansion in Newport, Rhode Island.

Newport, Rhode Island was the go-to summer destination for New York’s elite during the actual Gilded Age, making it an ideal place for on-location filming. One of the surviving mansions from the time, called The Breakers, remains a popular tourist attraction today. It was the summer residence of Cornelius Vanderbilt II, one of many real-life figures behind the historical events that inspired the HBO series.

“We were in Newport and we were inside of The Breakers, which is a real Gilded Age mansion that was built in 1890 or 1891. And we were in a ballroom and there were thousands of extras in period clothing and we were standing on the original parquet wood floors of this ballroom,” she said in her conversation with Smith, beginning at the 4:00-minute mark.

“I could feel the ghosts in the room and it just was a moment where I felt I was going back in time. It was stunning. I had to pinch myself a million times,” said the actress, who is also the daughter of Meryl Streep.

Jacobson is far from the only one to suspect a spooky presence at the National Historic Landmark.

The Providence Journal reported that visitors have claimed to see a period dress-wearing ghost, who many believe to be Vanderbilt’s wife, Alice, roaming throughout the building.

The setting may have inspired Jacobson. “It was sort of a warm night and all these extras were walking out of the mansion holding their gowns and it was as if a party had just ended,” she said.

“I also felt as if I had just done my best work in that scene,” Jacobson added.

New episodes of “The Gilded Age” air Mondays at 9 p.m. ET on

. Listen to Jacobson’s full conversation with Smith below.