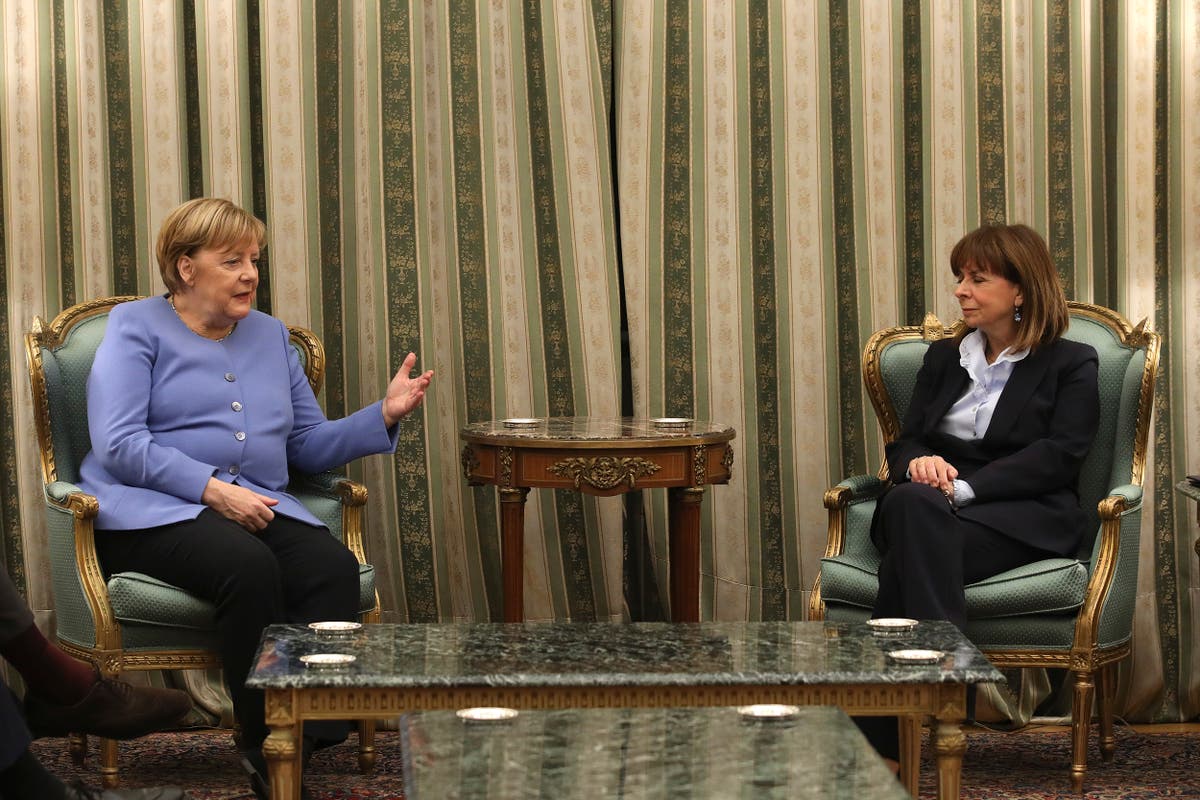 Katerina Sakellaropoulou was Merkel’s first official meeting during her visit to the country whose financial crisis marked much of her 16-year tenure and Germany’s relationship with Europe.

“There were times of difficulty and tension,” Sakellaropoulou told Merkel, referring to their two countries’ relations. “The financial crisis that many countries of Europe faced put mainly Greece, which was called on to pay a heavy price, in a difficult position. It was an unprecedented situation … and Greece felt — we justifiably often felt alone.”

Greece’s decade-long financial crisis, which began in late 2019, saw a quarter of the country’s economy wiped out and Greece almost crashing out of the euro, the joint currency used by many European Union members.

Germany was the largest single contributor to three successive international bailout packages Greece received from 2010 to 2018.

But the rescue loans came with strings attached. Greece’s economy was put under strict supervision and a series of deeply resented reforms were imposed, including repeated tax hikes and cuts in pensions, salaries and public spending for everything from health care to infrastructure.

While the Greek economy had suffered years of poor management and the overspending of public money which contributed to its dire financial predicament and triggered the crisis, the terms imposed in return for the rescue were particularly harsh.

Many Greeks blamed Merkel — and her finance minister Wolfgang Schaeuble — for the enforced austerity which led to plummeting living standards and an economic depression. At one point the jobless rate reached 28%, with youth unemployment exceeding 60%.

But as the country’s financial situation gradually improved, so too did relations with Germany, and the general public sentiment toward Merkel herself.

“I believe that the time that has passed and the experiences we lived through during this period contributed to mutual understanding and the drawing of useful conclusions for the present and the future,” Sakellaropoulou said. “It is important that Europe maintained its cohesion, and this was shown in its handling of the pandemic and in the Recovery Fund.”

Merkel responded to the Greek president that “you referred to our relations which went through some ups and downs, but are based on strong foundations. Dialogue was always the key to searching for and finding a solution.”

She said there had been varied challenges, including the destabilization of the euro currency “and the reforms that had to happen in all countries and in Greece,” and also touched briefly on the migration issue for Europe.

“What gave us strength in this period was the fact that we always had the feeling we belong together,” Merkel said. “And I believe this is the basic feeling we must have.”

After her meeting with Sakellaropoulou, Merkel headed into talks with Greek Prime Minister Kyriakos Mitsotakis, at whose private residence she dined Thursday night after arriving in Athens.