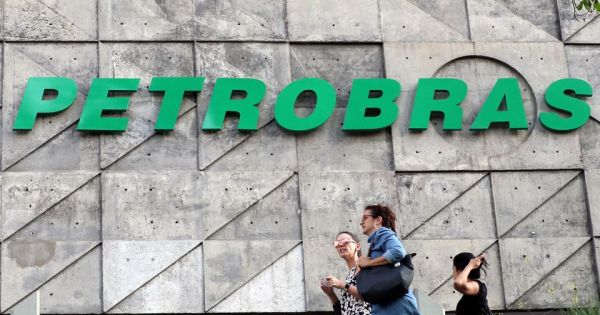 Guedes insists in privatizing Petrobras, since the world is heading for “a green and digital economy”

Brazilian economy minister Paulo Guedes underlined on Wednesday that the announced privatization plan of the government (some 100 companies) must include oil giant Petrobras because the “future is green” and in not so many years time the value of crude will be zero.

Petrobras satisfies nobody and is a time bomb for the government, pointed out Guedes during a virtual event with other authorities in which he reaffirmed that the world is heading for a green and digital economy. The minister did not forget to mention the recent extended corruption situation in which the oil giant has been involved.

The possible privatization of the oil and gas giant Petrobras, under government control, but with private participation and shares quoted in Sao Paulo, New York and Madrid, was started to be considered by the president Bolsonaro administration in recent months.

According to statements from Bolsonaro the idea is born out of the strong increases in fuel prices, almost 50% so far this year, and which together with other issues are eroding the president’s popularity, who in October 2022 will be bidding for reelection.

Only last month Bolsonaro complained that Petrobras only causes him headaches and regretted he is impeded from intervening with fuel prices’ policies, and the ongoing surge in overall costs for the economy.

What’s so great about Petrobras achieving production records, if benefits end in the pockets of shareholders and not for society and consumers.

Guedes on Wednesday forecasted that those who oppose the privatization of Petrobras will end sitting on oil barrels that in a few years will be worthless, as we move to a green economic future.

The orthodox economist, who also wishes to privatize all of Brazil’s government companies said that those against such a policy and want Petrobras to remain in government hands, are only interested in again stealing, in reference to the billions of dollars in corruption which were unveiled at the largest Brazilian corporation.

In effect, the extended corruption and milking of Petrobras funds took place during the governments of the Workers Party, under the leadership of ex president Lula da Silva, who again has emerged as the main opponent to Bolsoarno in next October’s elections.