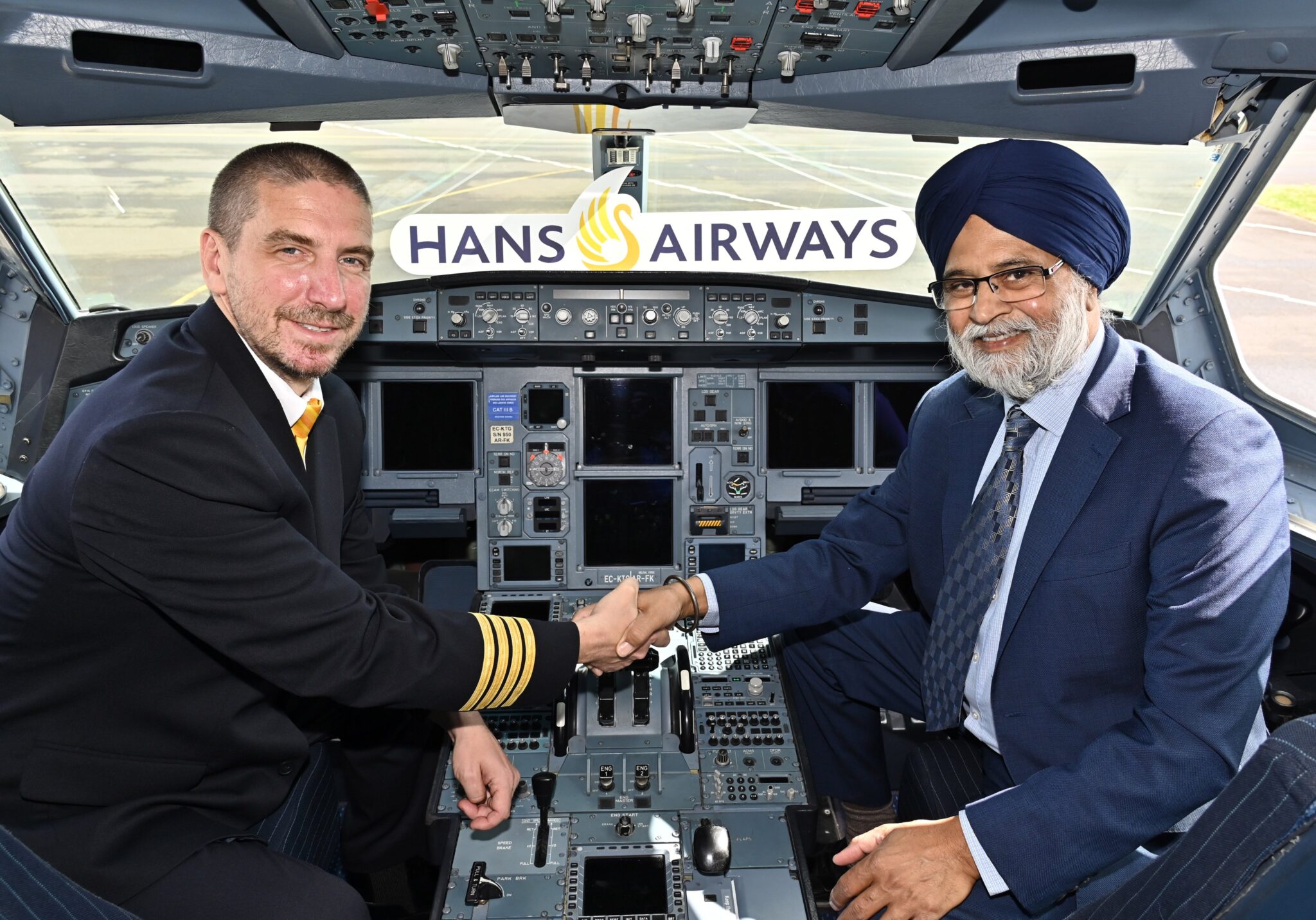 A new British airline is about to enter the market called Hans Airways with the arrival of its first aircraft.

The Airbus A330-200 touched down from Palma Airport (Mallorca) to Birmingham last Thursday (4 August), welcomed by CEO Satnam Saini, COO Nathan Burkitt and CCO Martin Dunn for Hans Airways, ahead of a formal technical handover and technical acceptance signing with the lessor.

Hans Airways has partnered with maintenance and repair overhaul specialist STS Aviation Services for re-registration tasks and entry into service modifications ahead of its important route-proving flight for the UK Civil Aviation Authority (CAA) in the coming weeks.  The A330 will fly as newly re-registered G-KJAS.

Since 2020, Hans Airways has maintained a close dialogue with the CAA on its progress.  Prior to arriving in Palma, the aircraft underwent a thorough 200hr inspection in Abu Dhabi by Etihad Engineering (work previously contracted by its former airline operator, Air Europa).  The aircraft was required to return to Spain, its original country of registration, for final contractual, administration, financial transfer and customs clearance.

“Our first widebody Airbus arriving into the UK is a big and significant milestone on Hans Airways’ journey to launch”, said Saini.  “These past 12 months we are very pleased to have added a wealth of competence and experience to our leadership and management team and recruited and trained up a full complement of exceptional pilots and cabin crew who will be ready to fly as soon as the airline’s AOC is awarded”.

A four times per week Amritsar for the Golden Temple will be its first route from Birmingham with a start date and bookings announced shortly. The route is a proven one but not competing, with Air India offering a three times per week service out of Heathrow.

Once the AOC is approved Hans Airways plans to operate aircraft, crew, maintenance and insurance (ACMI) charter services, to assist with crew training ahead of the scheduled service operation.