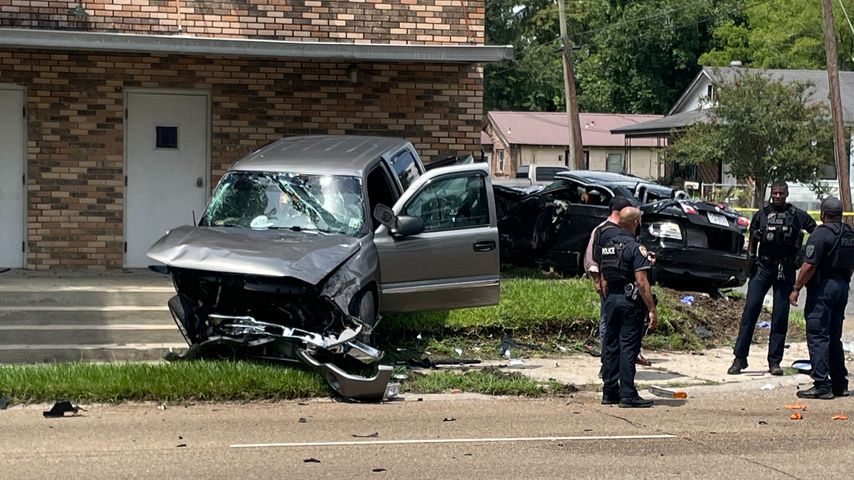 Photos from the crash scene, located around the intersection of North Street and N 35th Street, showed a wrecked pickup truck and sedan. Police had closed off the intersection by around 2:30 p.m.

According to the Baton Rouge Police Department, the suspect is tied to a deadly shooting that happened over the weekend.

Three people were taken to a hospital, one in critical condition. Police said the suspect was not seriously hurt.