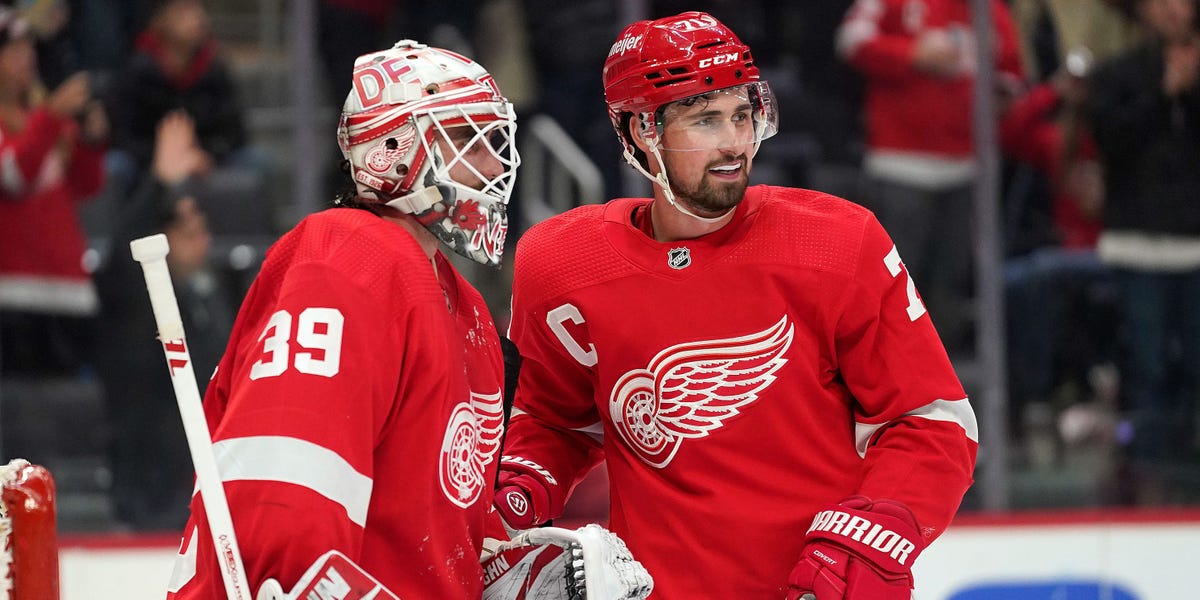 As his team warmed up on the ice ahead of their game against the New York Islanders last week, Larkin bumped into the boards, accidentally knocking over a fan’s drink.

Larkin was immediately apologetic, and wanted to make sure he didn’t spoil the fan’s night at the arena. Rather than leave the incident as is was, Larkin pulled over locker room attendant Rick Szuber on the Red Wings bench and explained what happened, asking if Szuber would front him $20 to buy the fan’s next round.

Szuber obliged, and because Larkin was mic’d up for the night, hockey fans got an inside look at the exchange.

It was a sweet gesture from Larkin that could be a sign of a larger trend in the sports world.

The night before Larkin’s assist, Warriors guard Gary Payton II found himself in a similar situation, having accidentally knocked over the hard seltzer of a fan sitting close to the action.

Payton apologized profusely, and spoke with an attendant to ensure that the fan had a fresh drink delivered.

While two moments is one short of a trend, this is a movement we can get behind.

To the fans attending games, it might be time to move your expensive stadium beer to a safer location, especially when you’re sitting in the proverbial “splash zone.”

That said, accidents happen, and it’s good to see athletes stepping up to ensure $20 worth of Truly spilled on the floor won’t ruin a fan’s night.