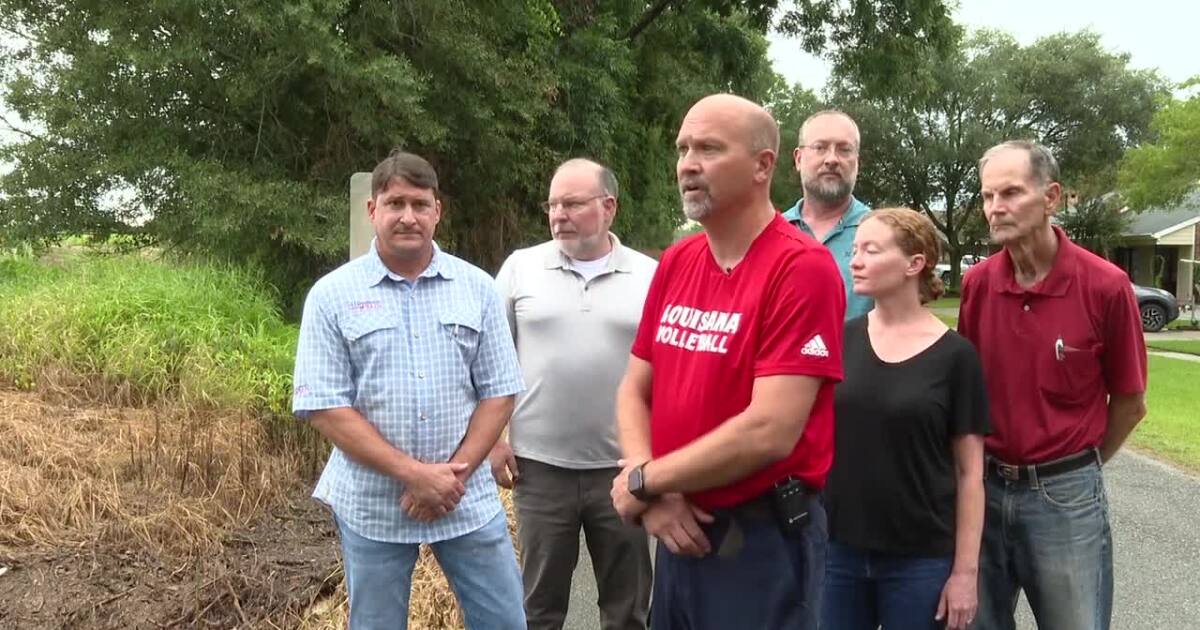 LAFAYETTE, LA-LCG’s plan to build a series of detention ponds along bayou Vermilion in the Milton area is not going as smoothly as homeowners intended.

A Judge ruled “LCG” did almost nothing properly when selecting the property for the drainage project and acted “in bad faith” by seizing private property.

Since the ruling, contractors have been prohibited from entering the property and now homeowners are expressing their concerns regarding the mess left behind.

Our Tre’ Francis has more on this story.

Donna Augustine has lived on Riverside Drive in Lafayette since the 1990s. The farmland on the side of her property has been well cared for— until now.

“We’ve had roaches like never before, huge wasp, secata killers. things that I’ve never seen before.”

Augustine says she’s tried to reach out to LCG several times but says she has not received a solution.

“They don’t come they don’t look kept sending complaints on 311. They still don’t do it. They don’t even come and spray.”
—but
“We’re very concerned that this will flood with four to five, or six inches of rain.”

Steve Pekar, President of the Riverwood Civic Association and his neighbors says the lack of maintenance has caused erosion clogging up the drainage system, which could cause flooding.

“Once the project is complete are they going to do maintenance on the project to resemble this”, said Steve Pekar.