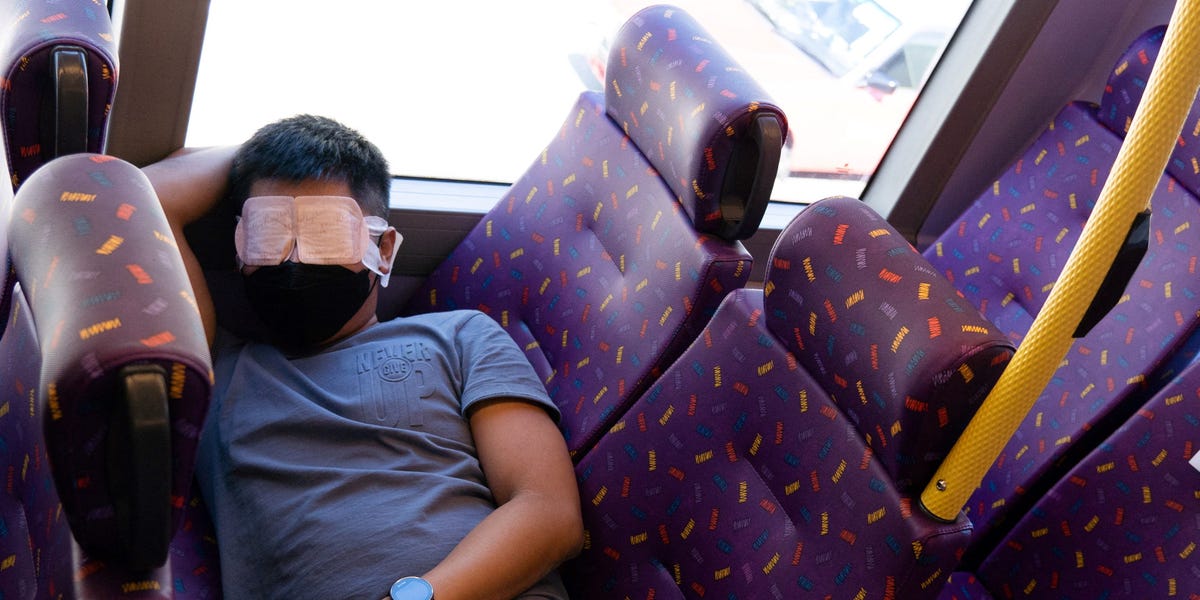 Would you pay $51 to go on a bus ride to nowhere? For some tired people in Hong Kong looking for a seat to snooze in, the answer is yes.

For five hours, a double-decker tour bus now ferries tired Hong Kongers looking to rest their weary bones on its seats for a 52-mile stretch. Tickets cost $12 for seats on the lower deck and $51 for the upper deck.

The bus service’s offerings were reported on by the AFP’s Zhao Yan and Su Xinqi, who went on board the service to check it out.

According to the AFP, the tour bus operator also runs a traditional sightseeing service, but sleeping appeared to be the order of the day for those who came prepared with earplugs and face masks for the ride.

“I think everyone has experienced not being able to sleep at home, but they can sleep very soundly on a bus as the bus swings and vibrates,” passenger Ho Wai told the AFP during the trip.

“Every Hong Konger has stress from work, from affording a flat, from life, and now we can’t go traveling,” Ho continued. “With all this stress adding up, I think a lot of Hong Kongers aren’t sleeping well.”

Frankie Chow, president of Ulu Travel and the man behind the “bus ride to nowhere” idea, said he created a route with minimal traffic lights so passengers wouldn’t get woken up by the bus starting and stopping so often.

He told the AFP that he was trying to cater to two groups of passengers — those who struggle with insomnia and want a quiet spot to catch a nap, and those who want to see the sights around Hong Kong while travel restrictions remain in place. Hong Kong has a COVID-zero policy and remains one of the world’s most tightly quarantined cities, making inbound and outbound travel difficult.

Paying for peace and quiet isn’t unique to Hong Kong. Stressed South Koreans are also seeking solace in cafes where they can book time slots to sit in silence and zone out. In 2015, silent cafes also became a hot trend in Japan, with people flocking to spaces to sit alone and get some “me time.”