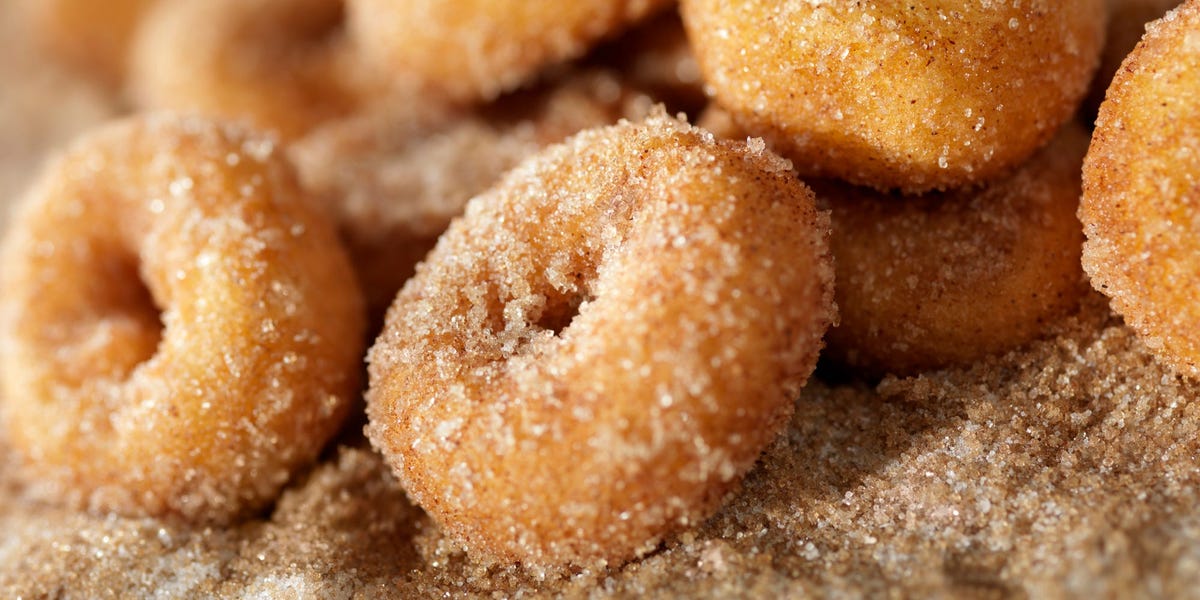 When it comes to sweet-and-spiced flavor combinations, one of the most familiar and iconic versions is the blend of cinnamon and sugar. This seasoning mixture tastes just as great at room temperature as it does cooked (or baked), and has a long shelf life for continued use.

And, according to food blogger, recipe developer, and former pastry chef Ashley Schuering of Confessions of a Grocery Addict, this mix of zesty cinnamon and sweet sugar is simple to make at home. Below, Schuering shares her top tips on making, using, and storing cinnamon sugar.

How to make cinnamon sugar

As its name suggests, cinnamon sugar involves only two ingredients, so it’s an easy blend to produce in your own kitchen. The real trick is to find a ratio of cinnamon to sugar that highlights both ingredients without allowing either to overpower the other.

Schuering says that the ideal ratio can vary depending on individual tastes, but a great baseline is “a ratio of about 1:4 for cinnamon to sugar.” For example, if you’re using a cup of sugar, add a ¼ cup of cinnamon. According to Schuering, “​​this ratio stands firm whether the end product will be cooked or not.”

If you’re a big fan of cinnamon and want to give the cinnamon sugar more of a kick, Schuering says to opt for a 1:3 ratio instead. “More cinnamon will result in a more deeply spiced flavor profile, while more sugar will give greater opportunity for caramelization if cooking or baking,” she says.

Quick tip: While standard-issue white sugar and pre-ground cinnamon are totally acceptable options, Schuering says, “if you want something a little extra special, you can fill a grinder with chopped bits of whole cinnamon stick and turbinado sugar. ”

How to store cinnamon sugar

Cinnamon sugar has an impressive shelf life. Schuering says that “the combination should last upwards of a year if kept in a cool, airtight container away from direct heat or light. I usually make a batch large enough to fit an old spice container.” That said, the potency of the cinnamon’s spice can dwindle over time, so for best results, try to use cinnamon sugar within two months.

How to use cinnamon sugar

Cinnamon sugar is a highly versatile seasoning that can be used as a garnish or to add an extra sweet kick to baked goods. If you’re looking for specific ideas, try these.

Once you find the perfect ratio of cinnamon to sugar to suit your tastes, you’ll have a seasoning blend with countless possibilities. A 1:4 cinnamon to sugar ratio will produce a perfectly sweet and spicy blend, although spice fiends might want to try a 1:3 ratio. Keep the mixture in an airtight container for up to one year, but try to use it within two months for the most potent cinnamon flavor.