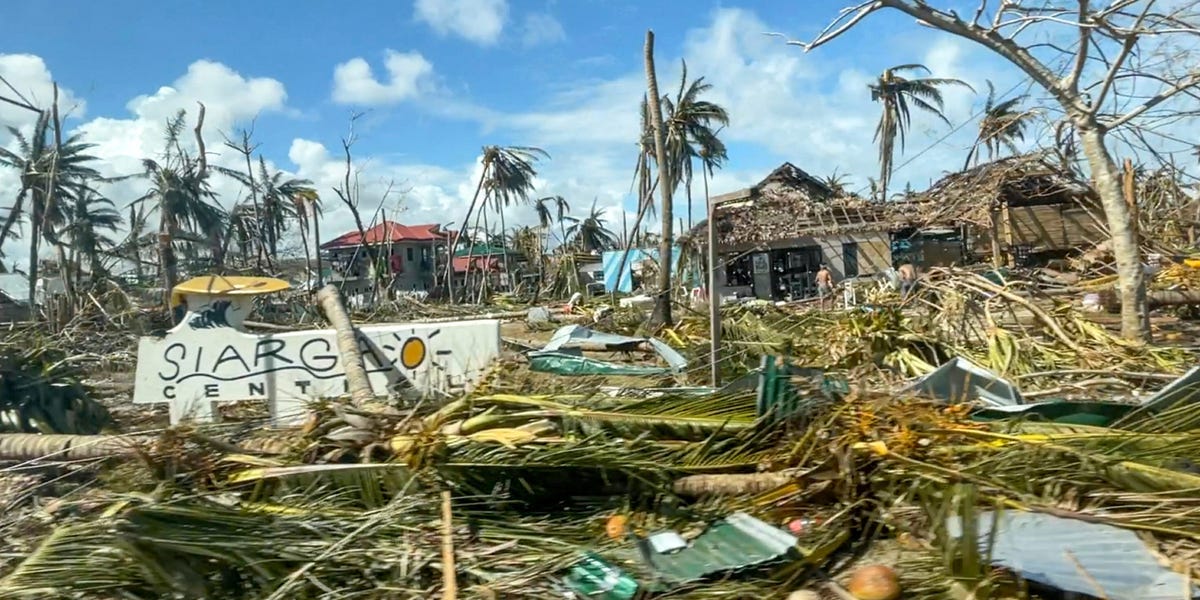 Following Typhoon Rai, which brought gusts up to 168 mph to the Philippines on Friday, the death toll has climbed up to 375 with more than 50 other individuals still missing, the Associated Press reported. Many Philippines residents, officials, and news outlets refer to the tropical cyclone as “Typhoon Odette.”

Because several provinces are grappling with power outages, officials have said the death toll may climb even higher as communication capabilities are restored during repair efforts, according to the Associated Press.

Survivors are in critical need of drinking water and food as “complete carnage” in the aftermath of the typhoon is reported by the Philippine Red Cross — which told the Manila Times that homes, hospitals, and schools were “ripped to shreds.”