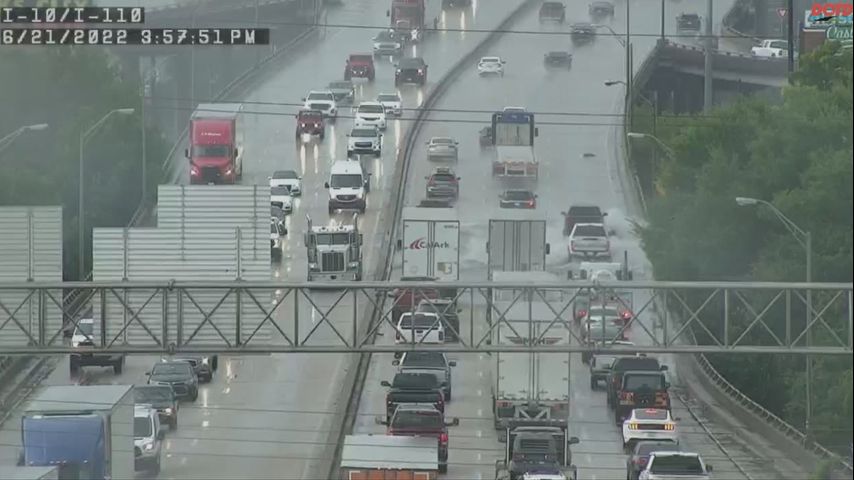 BATON ROUGE – Afternoon gridlock on I-10 W was exacerbated by a rare phenomenon: Standing water on the inclined stretch of the interstate as it approaches the New Bridge.

Traffic was just starting to move after an earlier crash closed lanes of I-10 W in the area.  But, by 4 p.m., heavy rain over downtown Baton Rouge seemed to flood the short stretch of bridge where standing water was seen.

WBRZ Chief Meteorologist Dr. Josh Eachus said about an inch of rain fell on the highway in a short time.

The standing water forced drivers in many vehicles, especially cars, to stop and move out of the far, right lane between the on ramp to I-10 W from I-110 S and the on ramp from St. Louis to I-10 W.

A Google Earth snapshot of the area where water collected on the road surface showed at least three, four or five drains.  Debris was seen in the snapshots – taken in April 2022, according to Google.

The traffic fiasco Tuesday frustrated drivers bracing for a mega construction project to widen I-10 through Baton Rouge.  For a year during construction, I-10 may be a single lane in each direction.

DOTD dispatched a crew and appeared to unclog drains.  All lanes were re-opened by 5:30.