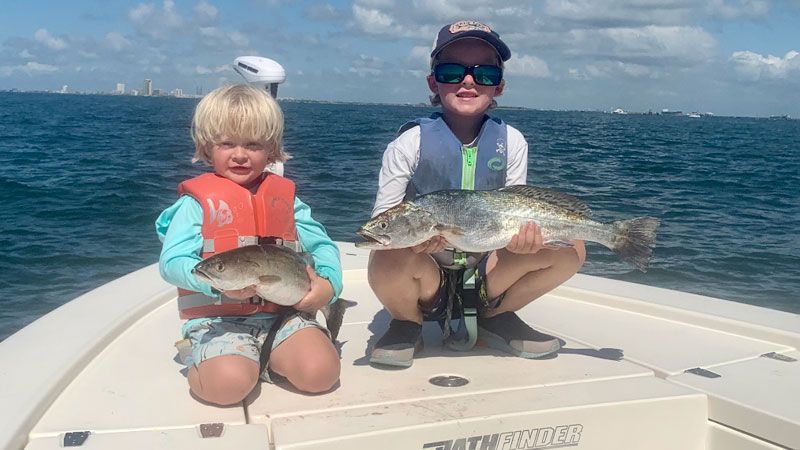 The dog days of summer can be tough at times for those trying to get on a decent speckled trout bite, especially for those throwing artificial lures. Often times the bite is diminished rather quickly after the sun breaches the horizon.

Many anglers will opt to throw live bait to increase their odds of having a successful fishing trip during the hottest parts of the summer. Live shrimp is definitely the most readily available and most utilized. Live croaker, piggy perch and mullet are other favorites, but often times can be more difficult to come by whether from the bait stand or cast netting this time of year.

Fishing live bait is obviously nothing new and it is something most anglers are good and successful at doing. However, most anglers will go to “their spot” and anchor, PowerPole down or use the spot lock feature on their trolling motor and make relatively the same cast over and over until their box is full or it is time to move to another “spot.” There’s nothing wrong with that technique, it’s easy and effective to catch a literal boatload of schoolie trout. But there is another way.

A technique that I do not see utilized near as much when fishing live bait for speckled trout is “dredging.” It is a little more difficult and you will have to pay more attention to avoid getting hung up on the bottom, but it can result in some higher quality fish.

This style of fishing is similar to dredging soft plastics like we used to spend a lot of time doing on the causeway reef on the south end of Sabine Lake, just with different rigging. Instead of using a jighead like we do with soft plastics, we rig the live bait on a Carolina rig.

A Texas rig will work, but I prefer the Carolina rig with live bait. They can be made relatively easily or purchased at your local tackle store, whichever you prefer.

As with jig fishing, the amount of weight needed will vary based on the depth at which you are fishing and the conditions. Deeper water will require a little heavier rigging as well as if it is windy and you are making a faster drift. If possible, I prefer to use a drift sock to slow my drift down instead of increasing the weight of my rigging.

Use a drift sock

Drift socks are something else I do not see utilized very frequently any more around here. I highly recommend keeping at least one on your boat. They fold up to not take up much space in your hatch and they do not require charging or gasoline to use!

The “where” part to using this technique is anywhere you would typically cut a drift. For me, just like the coldest part of winter, I have to be fishing close to a deep-water access during the heat of the summer. I am after those speckled trout that are better fish that are coming out of the ICW and Sabine River onto the flats to find a quick meal before retreating back to the deeper areas. The islands on the north end of Sabine Lake are my favorite; Well, what is left of them.

There are relatively few hang-ups as the majority is a sandy bottom and they all border the ICW. Stewts and Sydney Island are probably my favorite. I approach them all the same. I will kill the big engine and slowly start trolling in looking for active bait, that is how I decide what depth to make my drift in. When I am dredging live bait, I will make my drifts a little on the deeper side in the 4 to 6 foot range or so.

It’s a fun and relaxing bite if you have never done it with the potential for a big payoff!