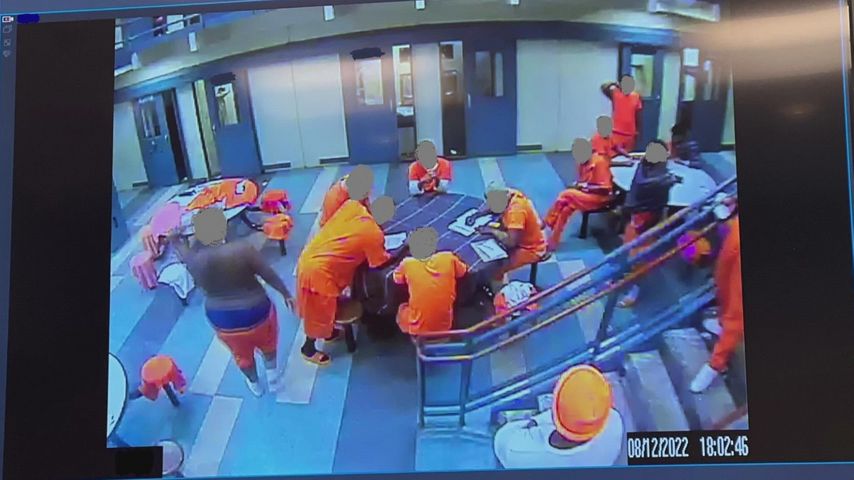 NEW ORLEANS – Inmates in a high-security pod in the Orleans Parish Justice Center barricaded themselves in and blocked out jail staff Friday night, giving them a letter with a list of demands.

The Orleans Parish Sheriff’s Office told WWL-TV the inmates in the pod are all either violent offenders or suspects in violent crimes awaiting trial. Sheriff Susan Hutson said the inmates have been put into lockdown more often following increased violence inside the detention center recently.

Friday night, Hutson told the news outlet those inmates refused to go into lockdown and blocked jail staff from entering the pod. The inmates then provided staff members with a letter asking for things like more books and access to a TV to watch Saints games.

The letter also included complaints against specific jail staff members. The sheriff did not go into detail about those complaints but said they’re being taken seriously and have been passed off to investigators.

Hutson said that no one, from inmates to staff, was injured during the protest. She added that since the protest was non-violent, no force will be used against the inmates.

“We do not want to use force if we don’t have to,” Hutson said. “They’re not going anywhere. This is not like on the street where they could run into a home or do something like that. They’re locked inside the facility. Time is on our side.”

The sheriff said she’s open to fulfilling some of the inmates’ requests, but she will only talk to them about it if they go back into lockdown, according to WWL-TV.

A similar demonstration reportedly occurred in one of the jail’s women’s pods, but it was resolved quickly. Sheriff Hutson said pepper spray was used on one inmate in that incident.