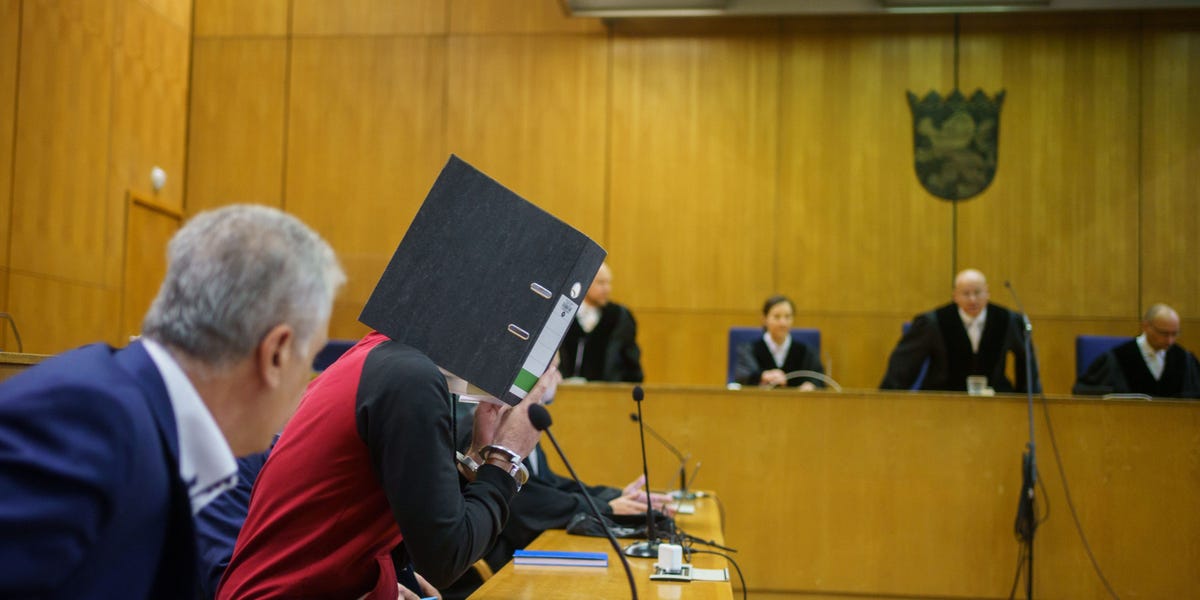 A former Islamic State (IS) fighter was convicted by a German court on Tuesday of genocide and committing war crimes for chaining up a 5-year-old Yazidi girl and leaving her in the sun to die.

The 29-year-old jihadist is an Iraqi citizen whose full name was not disclosed by lawyers because of Germany’s privacy laws, The Associated Press reported. The BBC identified him as Taha Al-Jumailly.

Al-Jumailly was sentenced to life in prison by the regional court in Frankfurt and was ordered to pay $57,000 to the girl’s mother, the AP reported.

He fainted when the verdict was delivered, according to AP. His lawyers denied the allegations made against him during the trial.

He is the first IS member to be convicted of genocide for the systematic and relentless persecution of the Yazidi people, a religious minority in the Kurdish regions, per the AP, which cited presiding Judge Christopher Koller.

The Washington Post previously reported that around 7,000 women and children were enslaved when ISIS took over Northern Iraq in 2014. Members of IS have heavily targeted the Yazidis because of the false belief that they are “devil worshippers.”

Al-Jumailly was arrested in Greece in 2019, the BBC reported, and was then extradited to Germany to be prosecuted under international legal principle of universal jurisdiction.

Prosecutors said he chained the girl, Reda, to the bars of a window in the open sun as temperatures reached 112 degrees Fahrenheit — because she had wet her bed. The girl died from the punishment, the prosecution said.

Reda and her mother were taken as slaves by militants in 2014 and resold multiple times until they were purchased by Al-Jumailly in 2015 from an IS base in Syria, prosecutors said, per the AP. Al-Jumailly took them to his home in the Iraqi city of Fallujah to maintain his house and would regularly beat and starve them, the indictment said.

She also testified against Al-Jumailly’s German wife, who was identified by The Post as Jennifer Wenisch.

Wenisch, who joined ISIS in 2015 and later married Al-Jumailly, was found guilty of crimes against humanity and attempted war crimes for failing to stop her husband from punishing Reda to death. She was sentenced to 10 years in prison by a court in Munich.

“This is the moment Yazidis have been waiting for,” lawyer Amal Clooney, who acted as a counsel for the mother, said of Al-Jumailly’s sentencing, per the AP.

“To finally hear a judge, after seven years, declare that what they suffered was genocide. To watch a man face justice for killing a Yazidi girl — because she was Yazidi,” Clooney added.