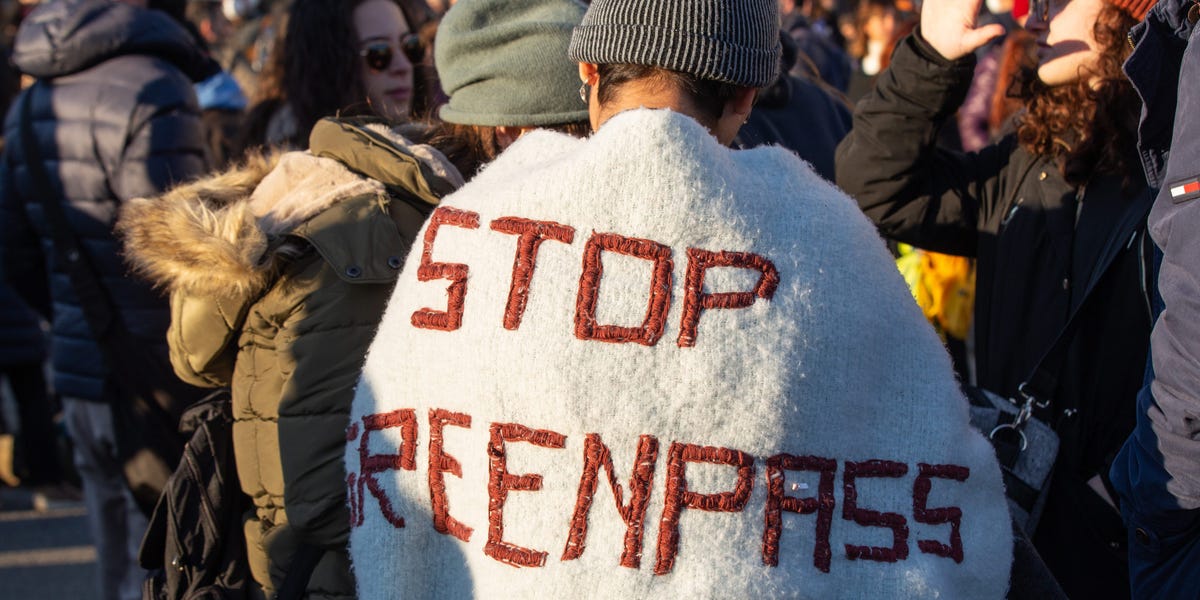 Police in Italy have arrested several nurses who they say helped anti-vaxxers fake their COVID-19 vaccination status by first draining their syringes before jabbing their arms.

On Saturday, the police department of Palermo tweeted a video appearing to show a 58-year-old woman in an inoculation center demonstrating to patients that she emptied their dose into a cotton gauze. The woman then inserted the syringe into the patient’s arm.

According to police, the nurse also falsified her own booster shot status. Police charged her with forgery and embezzlement, The Guardian reported.

Milan-based paper Il Giorno reported that the nurse received her fake booster shot from a colleague at the infectious disease hospital where she worked. That nurse was arrested in December and charged with pretending to administer vaccines.

People wary of the vaccines, including a now-imprisoned leader of an anti-vax movement, paid the other nurse up to $450 for the fake shots, reported Italian daily Il Sole 24 Ore. Palermo authorities noted that they seized 11 green passes, Italy’s vaccine certificate, which is required for access to public transport, restaurants, bars, and entertainment venues, when they arrested the first nurse.

On January 12, another Italian nurse — in Ancona, Marche — was arrested and accused by police of faking that he administered COVID-19 vaccines to around 45 people, local paper Il Resto del Carlino reported.

Police said anti-vaxxers would pay the nurse around $340 per shot to spray the vaccine doses into a trashcan before jabbing them, the outlet reported.

Italy, which has fully vaccinated around 75.1% of its population, tightened vaccine restrictions in December as it tries to push more people to take their shots.

Amid the nationwide vaccination effort, some Italians have attempted creative ways to fraudulently obtain vaccine passports without receiving the jabs, such as a 50-year-old man who arrived at an inoculation center with a silicone prosthetic for his arm, The Guardian reported.