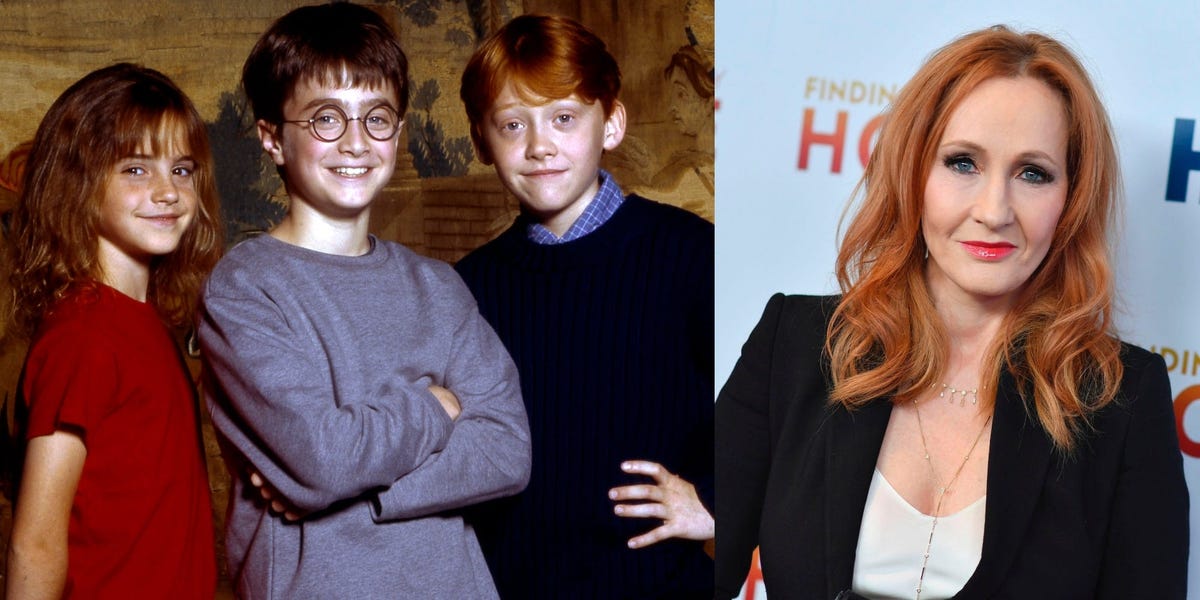 ‘s “Harry Potter” 20th anniversary reunion special, “Return to Hogwarts,” includes clips from a previous interview with series author J.K. Rowling, but doesn’t address any of the criticism that her remarks over the past several years regarding transgender people are transphobic.

The reunion special focuses heavily on the films themselves and their legacy, mostly skirting the books and the author that penned them.

Rowling appeared sparingly in the special, through clips from an archived 2019 Warner Bros. Studio Tour London interview, commenting predominately on the beginning of the film series. Rowling was invited to participate in an interview for the special but the team behind it felt that the prior footage was sufficient, Entertainment Weekly reported, citing anonymous sources.

The special, however, does not grapple with Rowling’s comments over the past years pertaining to transgender people — particularly transgender women — that have prompted backlash and accusations of transphobia.

Rowling, since 2018, has been criticized for espousing transphobic viewpoints on social media, such as implying that women are the only people who menstruate and appearing to say that trans people are erasing the concept of sex.

In 2020, she published an essay titled “J.K. Rowling Writes about Her Reasons for Speaking out on Sex and Gender Issues,” in which she addressed being labeled a TERF — a trans-exclusionary radical feminist — and expressed her concerns about “the new trans activism,” which she said she feared could harm cisgender women.

Rowling’s comments prompted some actors from the franchise to speak out. Radcliffe penned an essay for The Trevor Project saying that “trans women are women” and that he felt “compelled to say something.” Watson didn’t address Rowling directly, but tweeted her support for transgender people in the wake of the author’s comments.

Her comments have also prompted many to reevaluate their relationship with “Harry Potter.” Some removed or covered their “Harry Potter”-related tattoos, as Insider previously reported. Insider also reported that some trans fans expressed disappointment in the author’s comments.

Criticism of Rowling has also cast a brighter light on criticism of her novels as well, from the way she represents the series’ few non-white characters in the series to the lack of LGBTQ+ characters within the main canon of “Harry Potter.”