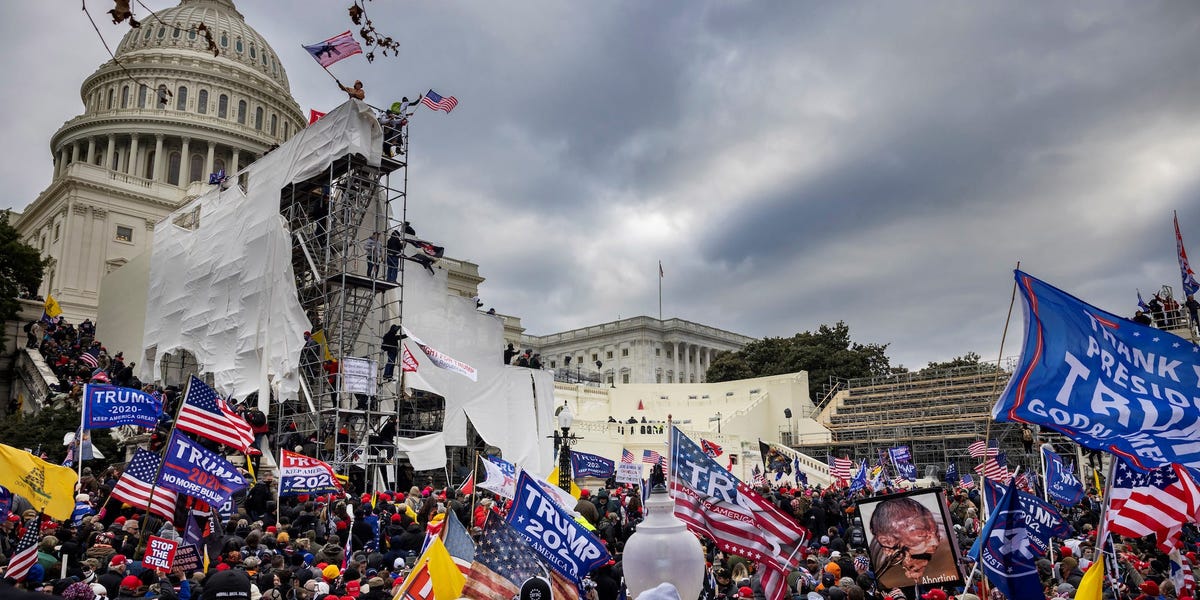 An accused Capitol rioter recorded a selfie-style video of himself in the Capitol on January 6 with a Coors Light beer can in hand, according to a criminal complaint filed by the Federal Bureau of Investigation.

Special agent Jimmy Beachum III wrote in the complaint that Thomas Paul Conover, of Texas, took selfies and videos in the Capitol Rotunda with an empty Coors Light beer can in his hand, donning a hoodie with the words “1776 Forever Free” in the front and “Freedom” in the back.

“I don’t always storm the Capitol of the United States of America,” Conover said in a video, per the criminal complaint. “But when I do, I prefer Coors Light.”

The complaint featured social media posts by the 53-year-old about his alleged participation in the insurrection on Facebook before, during, and after January 6 — when hundreds of far-right extremists, white supremacists, and Trump supporters stormed the Capitol in an attempt to overturn the 2020 election.

In a screenshot of a Facebook comment section featured in the FBI documents, a user said to Conover: “Behave..I don’t want to spend my $2000 to get you out of jail.”

Conover replied saying he “had a beer in the [Capitol] today.” Beachum said there is no evidence that Conover drank the beer inside of the Capitol.

As of December 6, 716 people have been charged since the insurrection.

The FBI and Molson Coors Beverage Company did not immediately respond to Insider’s request for comment. Attorney information for Conover was no immediately available.