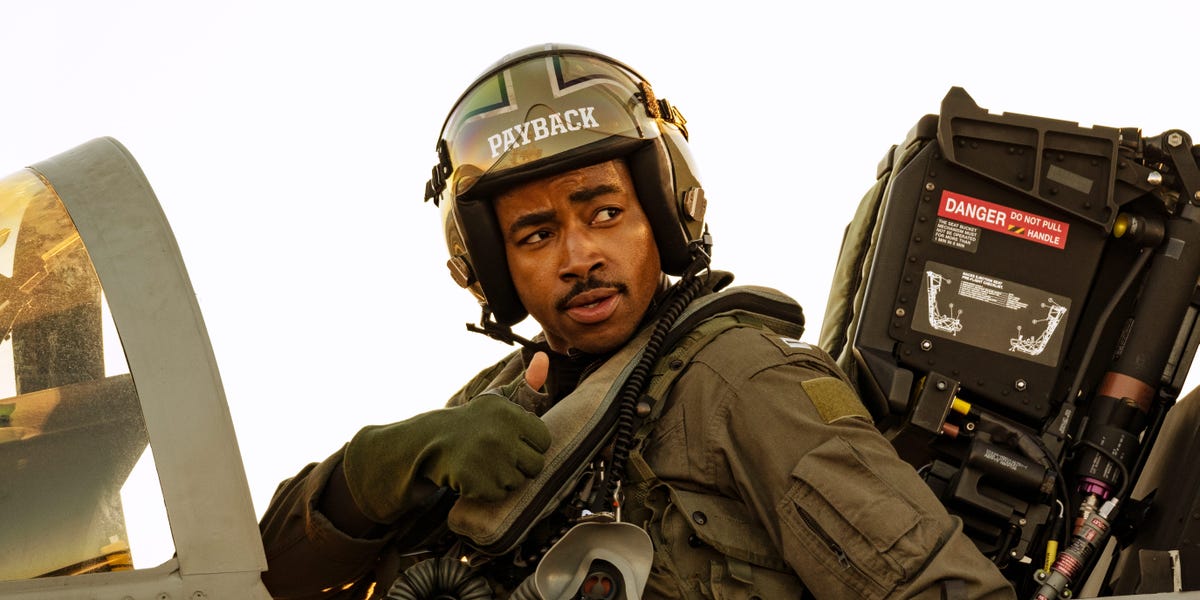 It didn’t take long for the cast of “Top Gun: Maverick” to realize they were similar to the fighter pilots they would portray in the hit movie.

In fact, Jay Ellis, who plays pilot Ruben “Payback” Fitch in the movie, said it was the first night out with cast members that they all lived up to the pilot call signs they were assigned.

Ellis told Insider when he was given the script he wasn’t fully sold on the call sign Payback. Director Joseph Kosinski told him, and the rest of the cast, that if they could come up with better ones, he was happy to explore a change.

“When we all heard that, we all felt this is my way to make my mark on the movie,” Ellis said.

While brainstorming, Ellis and fellow costars Monica Barbaro, whose call sign was “Phoenix,” Lewis Pullman, whose was “B.O.B.,” and Glen Powell, who was given “Hangman,” all went to the actual Top Gun site in Nevada to meet the real pilots.

“We go out with all the officers,” Ellis recalled. “Lewis doesn’t speak to us the entire night. He was a total B.O.B. We were like, ‘Is he being method?’ He told us later he was just really nervous.”

“Monica was going to prove she could hang with everyone that night and then literally rose from the ashes like a phoenix the next day,” he continued.

“And there was a moment in the night when I got Lewis’ phone, I told him my phone had died, and he gave it to me,” he said. “Now, in the Navy, if you set your phone on a bar you have to buy drinks for the entire bar.”

There is a scene in “Top Gun: Maverick” that mirrors this tradition. In the movie, Tom Cruise’s character has his phone on the bar of Penny Benjamin (Jennifer Connelly) and must buy a round for all the patrons.

“I put Lewis’ phone on the bar, and the bartender rings the bell,” Ellis said. “There are like 100 people in there that got a free beer. So ultimately I had to pay him back the tab he paid for.”

“And Glen, as the Hangman, in the middle of the night, just disappeared,” Ellis added with a laugh. “He just went back to his hotel room. Didn’t tell anyone.”

Clearly, from that moment on, the cast realized they didn’t have to think up new call signs.

“That was our first night together and we all earned our call signs that night,” Ellis said.