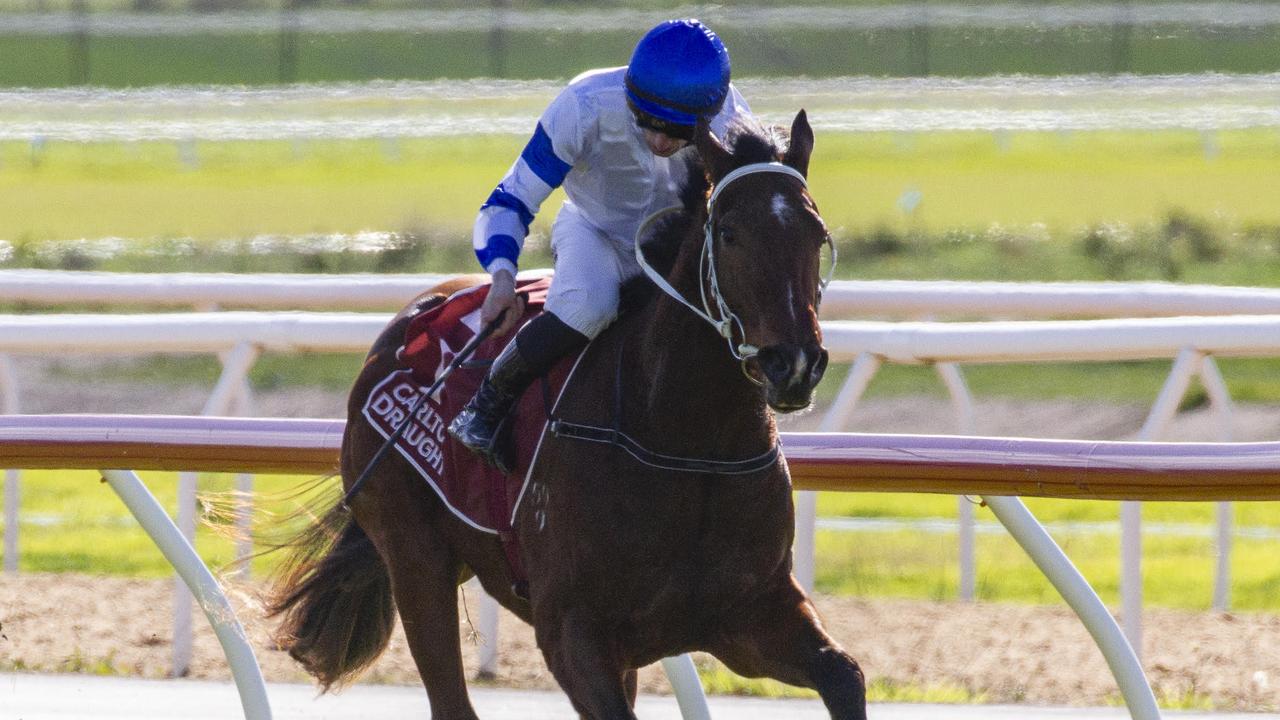 The son of Vadamos caught the attention of punters with a commanding 8.5 length win in a barrier trial last week and while the margin wasn’t anyway near as big on Saturday, the way he responded under pressure suggests he’s got plenty of upside.

Starting a $2.70 favourite in the $102,250 Magic Millions Racing Rewards SA 2YO Plate, Jake Toeroek took Klabel straight to the front but he had Soames pressuring him during the early stages.

Klabel managed to shake off that challenger early in the straight but it didn’t take long for another one to appear, with second favourite Test The Law looming ominously.

But the highly-rated youngster dug in again, lengthening when required to defy his rival and claim the prize.

The performance delighted the stable.

“He’s still pretty raw, he was looking around a fair bit but to run a solid 1200m first-up, for the preparation he’s had, probably shows a bit of class.

Toeroek is adamant there is still plenty of improvement to come as well.

“He’s a very collected, professional type of horse,” said the hoop, who finished the day with a double after also tasting success with Aadelad.

“He did float in front a little bit, I thought Kayla (Crowther on Test The Law) might’ve had me halfway down the straight, but my bloke fought on to the line.”

The stable wasn’t able to make it a sweep of the day’s features as Karacasu disappointed as an odds-on favourite in the $102,250 TAB Racing Rewards SA 3YO Plate.

It was a below-par effort from Karacasu, who looked thrown in at the weights but never seemed comfortable in running and looked a beaten horse a long way out.

He was no match for the Leon Macdonald and Andrew Gluyas-trained Legless Lady, who continues to improve in leaps and bounds.

The filly has gone to another level this campaign, storming over the top of her rivals to salute at $8.

“That’s three in a row for her and her last two wins she’s probably had the best sectionals of the day,” Macdonald said.

“Obviously the favourite looked very hard to beat at the weights but she had that won a long way from home.”

It was a day of doubles for the jockeys with apprentice Campbell Rawiller (Prince Of Helena and So Say Angel), premiership-leader Barend Vorster (Hasslefree and Zoffala) and reigning champion Todd Pannell (Zoulah and Set To Prophet) also going home with multiple winners.