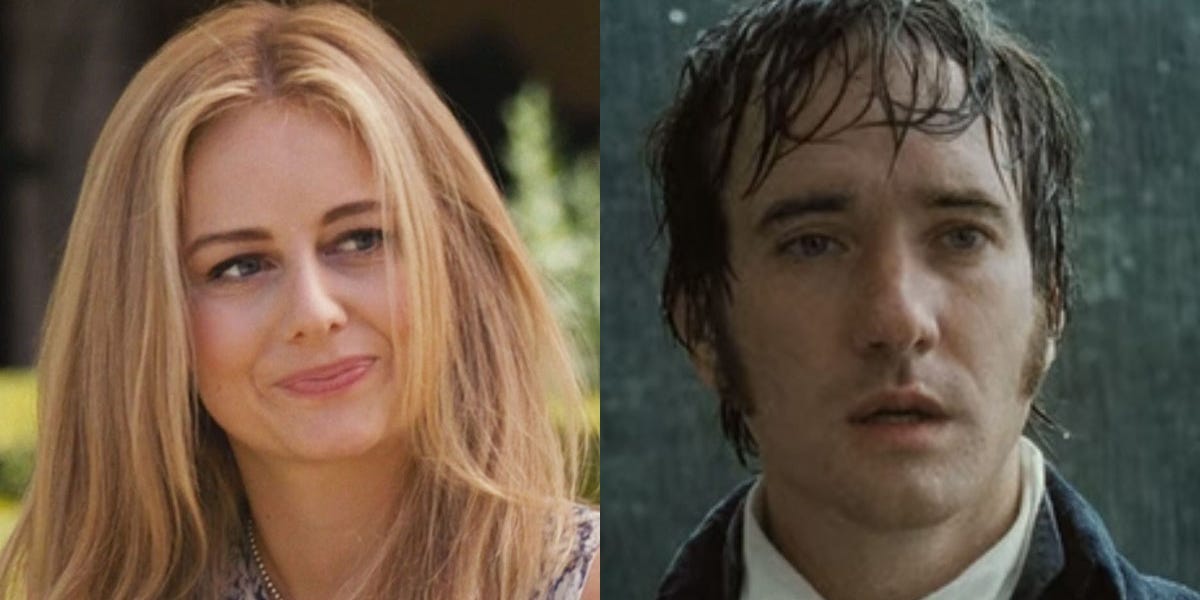 Long before Justine Lupe became costars with Matthew Macfadyen on HBO’s “Succession,” she had a teenage crush on the British actor.

“I was in love with Matthew Mcfadyden,” the 32-year-old actress, who plays escort-turned-playwright Willa Ferreyra, told Insider.

Like so many of Macfadyen’s admirers, Lupe was taken by the now-47-year-old’s portrayal of Mr. Fitzwilliam Darcy in Joe Wright’s 2005 film “Pride and Prejudice.”

“I had my boyfriend labeled ‘Mr. Darcy’ in my phone when I was in high school because of his performance in ‘Pride and Prejudice,'” she recalled.

Macfadyen’s role as the brooding Regency heartthrob is considerably different from his “Succession” character Tom Wambsgans, an awkward mid-level Waystar Royco executive from the Twin Cities.

Regardless, the actor’s fans frequently resurface photos of the actor in the Jane Austen adaptation while reacting to twists and turns on Jesse Armstrong’s Emmy-winning HBO series.

Three seasons into working with Macfadyen on “Succession,” Lupe remains in awe of his artistry.

“I just love watching Matthew,” she told Insider, adding, “I think he’s touched by some sort of acting God.”

Willa, who gets engaged to Connor Roy (Alan Ruck) at the end of season three, has limited overlap with Tom, Shiv Roy’s (Sarah Snook) husband. But the few on-screen moments the characters do share have been some of the most enjoyable for Lupe to film, she said.

Two specific scenes come to mind for the actress.

In “I Went to the Market,” the fifth episode of season one, Willa and Tom have a snippy interaction outside of the bathroom at the Roys’ Thanksgiving dinner.

After Tom inquires about a “financial arrangement” between Willa and Connor, she hits back, “Hey listen, at least I’m only getting fucked by one member of this family,” before slamming the door.

And two episodes later, in “Austerlitz,” Willa joins Tom and Marcia Roy (Hiam Abbass) while the Roy family is in their group therapy session. While being interrogated about her plans to have children, Willa receives unsolicited advice from both Tom and Marcia.

“Don’t wait, that’s all I will say,” Marcia tells her, leading Tom to chime in: “The ole biological clock starts ticking!”

Lupe said she had such a positive experience working with Macfadyen that, ahead of season four, she’s crossing her fingers for more opportunities to share the screen with him.

“He’s just so much fun that I would love for Willa to have another Tom scene,” Lupe said.

Season three of “Succession” is currently available to stream on HBO Max.