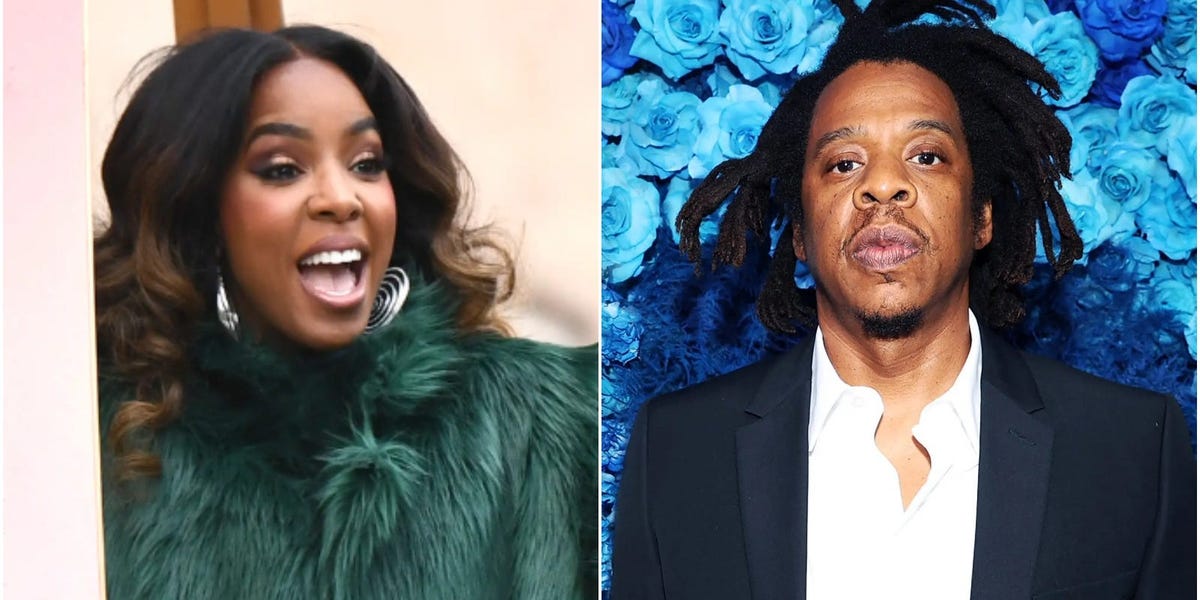 Kelly Rowland told Hoda Kotb on the “Today Show” that she went to Jay-Z for advice when she was deciding whether or not to reach out to her father after not seeing him for 30 years.

During the Tuesday interview about reconnecting with her father, Rowland explained she was raised by her mother Doris Rowland Garrison for most of her childhood after her dad left because he wasn’t ready for parenthood.

However, after the death of her mother at the age of 66 and the birth of her first child Titan in 2014, the former Destiny’s Child singer considered trying to find her father.

Later in the interview (around the 4:30 mark in the clip below), Rowland said that rapper Jay-Z — the husband of Rowland’s former Destiny’s Child band member and good friend Beyoncé — asked if she was ready to take the risk when she was deciding whether to meet her father.

“He said, ‘Love is all about risk,” Rowland said. “‘You gotta decide if you’re gonna jump. You gonna jump?’ That’s what he asked me: ‘Are you gonna jump?'”

Rowland said she eventually met Jovett in October 2018 at a hotel in Atlanta and shared the news on Father’s Day in 2020 with pictures of her meeting her father on Instagram.

In the caption, Rowland wrote: “A TON, needless to say I was overcome with anxiety, and I had a full-on anxiety attack, in that moment I felt like the abandoned 8yr old. My team calmed me down.”

The 41-year-old actress added in her caption: “I listened to him, I was nervous to trust him, nervous to forgive him, nervous to love him nervous about it all. And the truth is, I already loved him. I spoke to my protective husband [Tim Weatherspoon] and those closest to me and they encourage me to forgive and jump! And since this time, I have forgiven, and we have spoken everyday since!”

Jovett also joined Rowland in the “Today Show” interview and said it was “like a dream” when he met his daughter for the first time. Jovett said that he had tried to see Rowland when she was a part of Destiny’s Child with Beyoncé and Michelle Williams. However, Rowland had told security not to let him in.

This is not the first time Jay-Z and Rowland’s friendship has made headlines. Last year, a moment where the rapper reacted to the singer’s arrival at the “The Harder They Fall” premiere went viral.