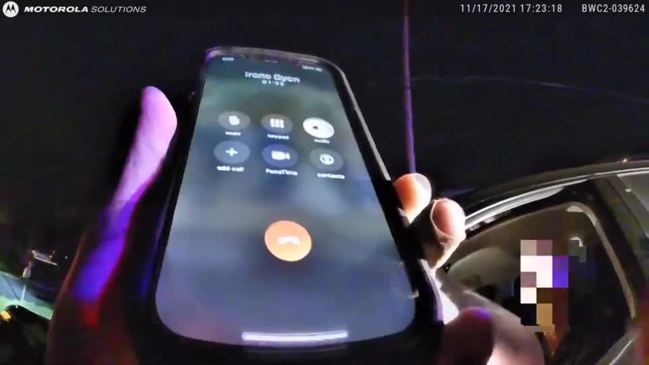 Newly released footage shows an encounter that prompted a police investigation into a journalist who told officers he was assigned to follow a bus transporting jurors on the Kyle Rittenhouse trial on November 17. In the footage from a police body camera, the driver identifies himself as an NBC News producer and says he was following the bus. An officer then speaks to a booking producer at NBC News over the phone. A statement from NBC News identified the journalist as a freelancer and said he was not instructed to photograph the jurors. “While the traffic violation took place near the jury van, the freelancer never contacted or intended to contact the jurors during deliberations, and never photographed or intended to photograph them,” the statement said. NBC News said they regretted the incident and would fully cooperate with police’s investigation. Kenosha officials said there was no breach of security or of the jurors’ anonymity, and that no photographs were taken. Police said in a statement on December 2 that the vehicle had run a red light, which prompted the initial police intervention. “Ultimately, there was no arrest for jury tampering because police interrupted any opportunity to do so,” said Kenosha Police Department Lt Joseph Nosalik. Following the incident, presiding Judge Bruce Schroeder announced that no MSNBC journalists would be allowed in the courtroom for the remainder of the trial, which ended on November 19 when a unanimous jury found Rittenhouse not guilty of all charges. Credit: City of Kenosha Police Department via Storyful