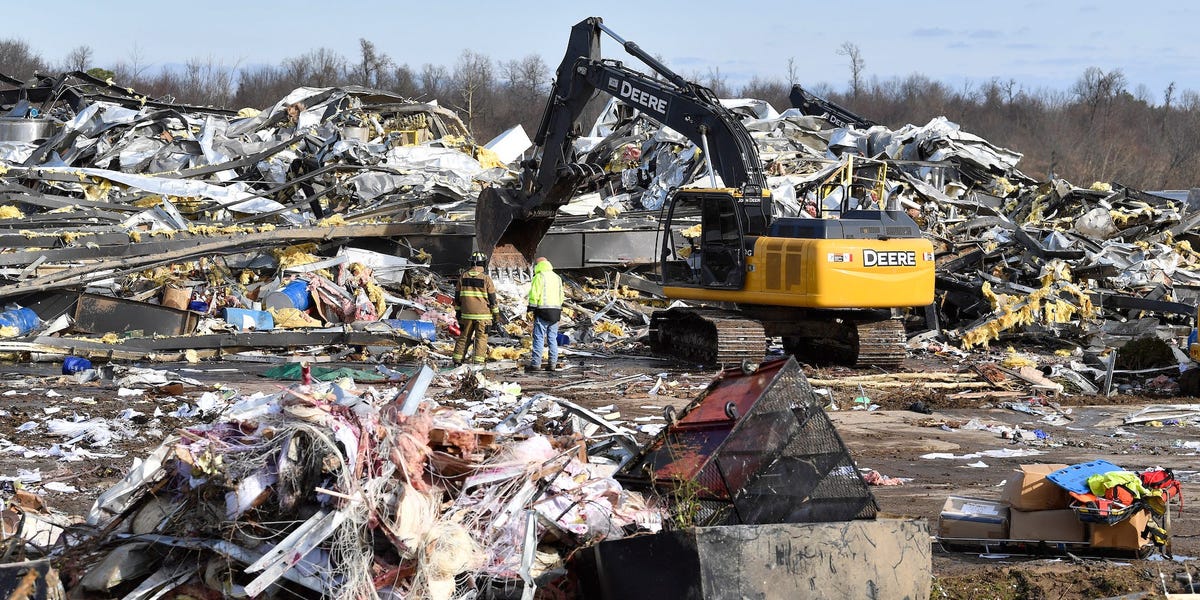 An inmate that was working at a Kentucky candle factory that was leveled by a tornado on Friday has reportedly escaped after being released from the hospital where he was being treated for injuries several outlets reported.

Police did not respond to Insider’s call for comment but WSMV reported that Starks was taken to the Jackson Purchase Medical Center after he was one of about 40 people rescued from the building.

WLKY reported that police said Starks was able to walk away after he was released from the hospital without anyone realizing he was an inmate.

WSMV reported that police were informed of his disappearance at around 5:00 p.m. on Saturday.

Graves County jailer George Workman told CNN that seven inmates were working at the candle factory as part of a program for low-security, low-level offenders.

Insider previously reported that Kyanna Parsons-Perez, a factory employee who was trapped under debris from the collapse said inmates were “working their tails off” to rescue people trapped under the rubble.

Kentucky Gov. Andy Beshear said the state’s death toll has reached 80 people and he anticipates that it will exceed 100. One of those killed was a jail employee that was supervising the inmates at the candle factory.

“We lost 1 of our staff members,” said a post shared on Graves County Jail’s Facebook page on Saturday night.