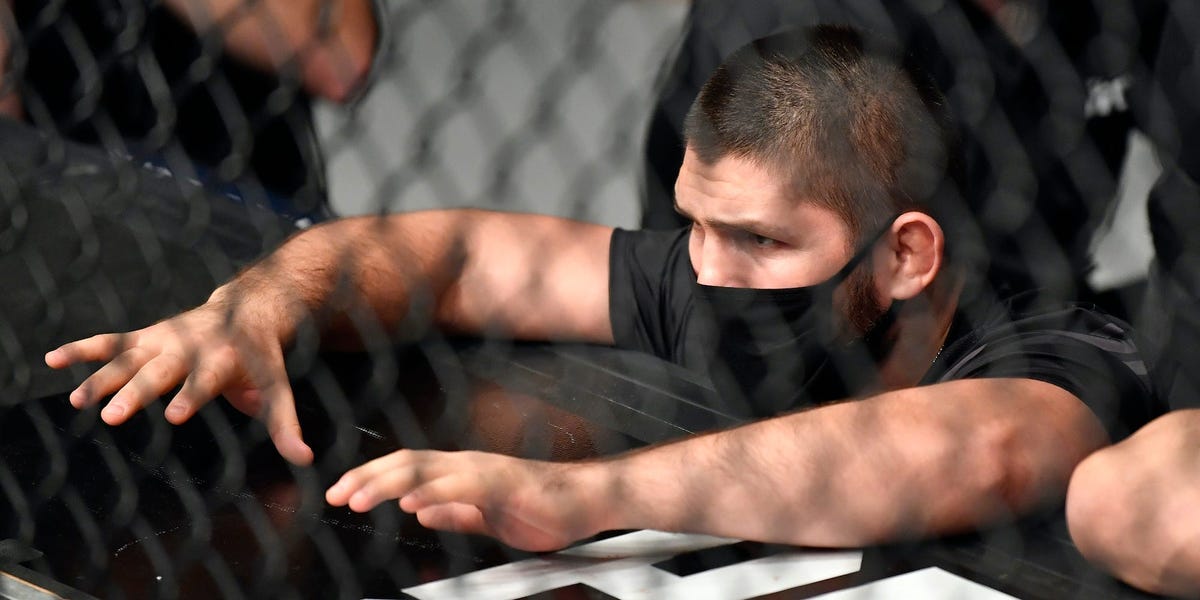 The referee had to intervene in the first round of Makhachev’s lightweight fight over Hooker, as the New Zealand striker refused to tap to his kimura hold, and presumably could have had his arm broken without action.

It was the same technique Nurmagomedov used to submit Michael Johnson at UFC 2015 five years ago.

Unbeaten as a fighter and as a coach

Nurmagomedov went on to build a pro MMA record of 29 wins without defeat, stopping 19 of those opponents.

Since retiring following his triangle choke submission over Gaethje, Nurmagomedov has followed in his late father Abdulmanap Nurmagomedov’s footsteps into mentoring and coaching.

Like fighting, Nurmagomedov is undefeated in coaching as he moves to a 7-0 record following the UFC 267 wins.