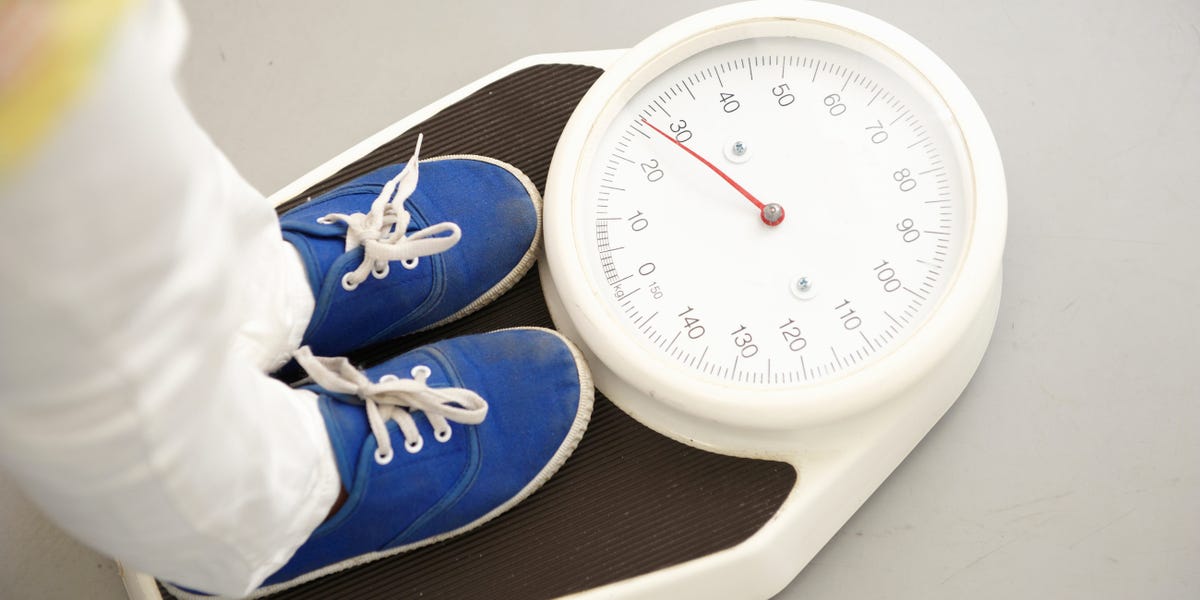 Kids as young as 9 are dieting and vomiting to try to lose weight, research suggests.

A study of almost 12,000 kids across the US, published as a research letter in JAMA Pediatrics on Monday, found that 5% engaged in binge eating, and 2.5% had behaviors to try to avoid weight gain, such as excessive exercise or dieting.

Eating disorders, that include anorexia, bulimia, and binge-eating disorder, usually begin as a teen, and are rare and difficult to detect in kids, according to the researchers.

However, identifying so-called “disordered eating behaviors” in childhood can provide clues about who is most at risk of developing an eating disorder, the study authors said.

“The first major takeaway is that these behaviors are more common than we’ve seen before,” Dr. Stuart Murray, the study lead author and the Della Martin associate professor of psychiatry and behavioral sciences at the Keck School of Medicine of the University of Southern California, said in a statement.

“The earlier we can detect these behaviors, the more likely we are to be able to treat them,” Murray, who is also director of Keck’s eating disorders program, said.

Around 28 million Americans will experience an eating disorder in their lifetime, according to the The National Association of Anorexia Nervosa and Associated Disorders (ANAD).

To understand the scope of disordered eating among kids, the researchers analyzed data from 11,878 kids, aged 9 to 10, collected between 2016 and 2018 through the largest, long-term study of brain development and children’s health in the US. The study was funded by the National Institutes for Health (NIH).

The research relied on parent reports of disordered eating behavior. While that leaves room for error, Murray said the data revealed various common themes showing who is most at-risk — and that we need to broaden our understanding of who needs help.

“We tend to think that eating disorders predominantly afflict girls, but there’s more and more data showing that boys struggle just as much,” Murray said, adding: “This is a call to arms to make sure we’re taking those cases seriously.”

Dr. B. Timothy Walsh, a professor of psychiatry at Columbia University Irving Medical Center, who wasn’t involved in the study, told Insider parents should take note of the researcher’s finding that puberty is a critical time for kids’ body image. Catching subtle signs of an eating disorder at that time, and intervening sensitively, can be a game changer.

The study also found kids with a higher body mass index (BMI) were more likely to engage in behaviors to prevent weight gain, in particular.

“Pediatricians and middle schools may choose to increase monitoring and screening of children with high BMIs and children who begin puberty before their peers,” the researchers said.

As Insider previously reported, BMI — a score that uses height and weight to estimate a person’s body fat — isn’t always a reliable predictor of health outcomes. For example, it doesn’t take into account whether weight is from fat or muscle, and it was created using data from white Europeans, so it can’t accurately predict health outcomes for most people.

A spokesperson from Beat, an eating disorder charity in the UK, told Insider that while the research was welcome, it probably wasn’t possible take anything definitive from the study. “Eating disorders are much more complex than BMI,” they said.