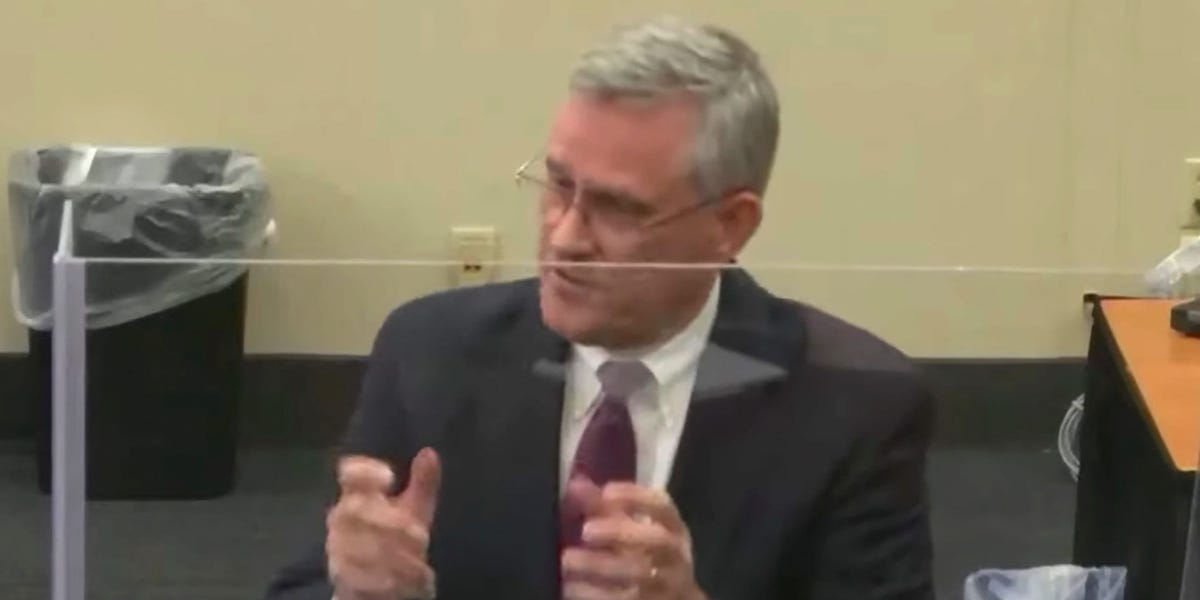 Kim Potter’s defense attorney said Wednesday that the former Minnesota police officer tried to tase Daunte Wright because he was “trying to kill her partner,” during opening statements in Potter’s manslaughter trial.

Potter, who is white, faces first- and second-degree manslaughter charges for the shooting death of Wright, who is Black, during a traffic stop in April. Police body camera footage shows that as Wright tried to drive his vehicle away, Potter shot Wright in the chest while shouting “Taser! Taser! Taser!”

Potter has said that she intended to grab her Taser instead of her gun when she shot Wright. Prosecutor Erin Eldridge blasted Potter’s “wrong gun” defense in her opening statement, saying that people should be able to trust police officers to “know left from right.”

Potter’s defense attorney, Paul Engh, told the jury that Potter tried to tase Wright because he began to drive his car away while Potter’s partner still had his arm reaching inside the vehicle.

“All he has to do is stop and he’d be with us, but he goes,” Engh told the jury. “So she does ‘Taser! Taser! Taser!’ and she pulls the trigger, believing that it was a Taser.”

Eldridge had said that officers in Brooklyn Center are trained not to use a Taser if it could cause injury to others, including the use of a Taser on someone who is operating a vehicle.

According to the prosecutor, Potter pulled Wright over for driving with an air freshener hanging from his rearview mirror. After pulling Wright over, Eldridge said, Potter and her partner determined that Wright’s license plate was expired and that he had a warrant out for his arrest on prior charges.

Engh told the jury that Potter pulling over Wright was “standard police work.” The defense attorney repeatedly emphasized that Wright was facing gun charges at the time Potter pulled him over, and, as he pounded his fists on the podium, yelled that a “court of law directed them to arrest him.”

The defense plans to call a psychologist with expertise in traumatic incidents in police work to testify about “action errors,” Engh said. An “action error” is something like accidentally writing the current year as 2020 instead of 2021, Engh said, but these errors “become quite important when what happens is catastrophic.”

Potter’s defense and the prosecution selected a mostly white jury for the former officer’s trial. Nine of the 12 jurors are white, one is Black, and two identify as Asian, according to the Hennepin County District Court.

Potter is expected to testify in her defense.