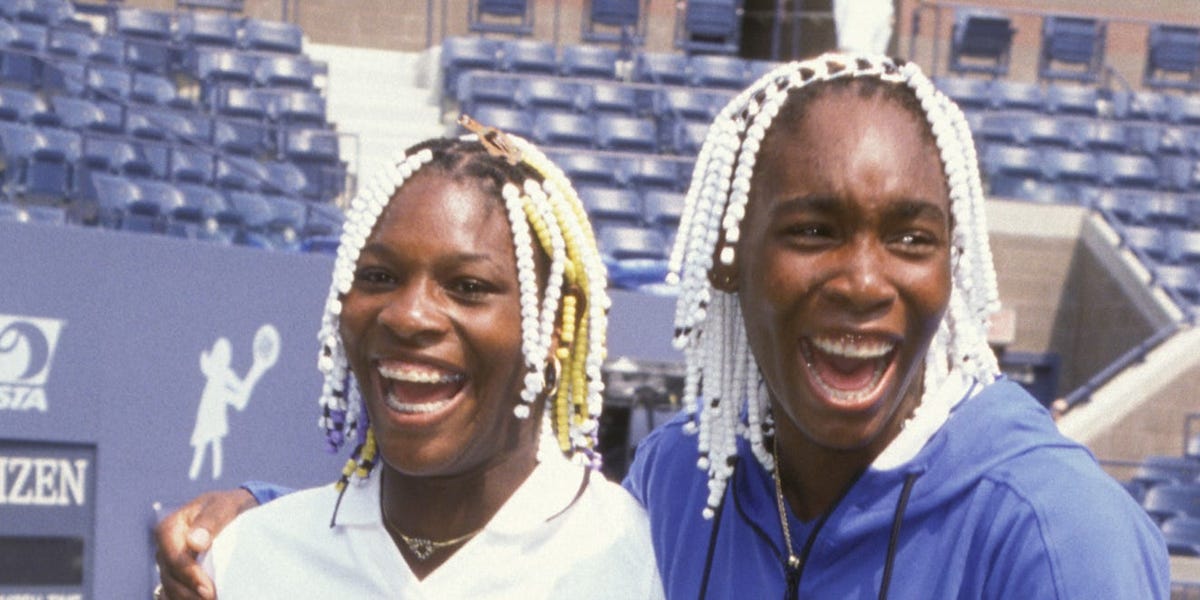 The film chronicles the Williams sisters’ childhood, as they are coached by their father Richard Williams, portrayed by Will Smith. Venus and Serena are played by Saniyya Sidney and Demi Singleton, respectively.

In a November 17 interview with Allure’s Jihan Forbes, Carla Farmer described the process behind recreating the intricate hairstyles, explaining that “when you shoot a movie, you can’t necessarily put so many beads on the actor’s hair every day.”

She told the outlet that the team decided on a half wig for a more convenient, realistic look, and she helped make several versions of the wigs for the tennis doubles, camera doubles, and the actresses.

“We didn’t count all the beads we used for the wigs, but there were way over 200 for each one,” Farmer told Allure. “We used a wire hook to put the beads on in the front, hooking on maybe two to three at a time. The wigs were really heavy.”

Farmer added that it took a team of three people, including herself, around eight hours to create the looks. However, she told the outlet that the wigs are only shown towards the end of the movie.

Farmer told the outlet she recalled a day during which Venus and Serena visited the set, and “complimented us and said they really liked what we had done” upon seeing the wigs.

Venus sported black and white beaded braids reminiscent of her childhood style for the November 14 premiere of “King Richard,” writing in a November 16 Instagram post that it was “a representation of my roots.”

“When @serenawilliams and I wore our iconic beads, we didn’t wear them to be different, we wore them because they were a part of our heritage,” she continued in the post.

Despite not realizing it at the time, Venus said that doing so “gave other African American women and children pride to wear their natural hair even before the natural hair movement sprouted decades later.”

Farmer and Venus’ hairstylist, Nikki Nelms, did not immediately respond to Insider’s request for comment.