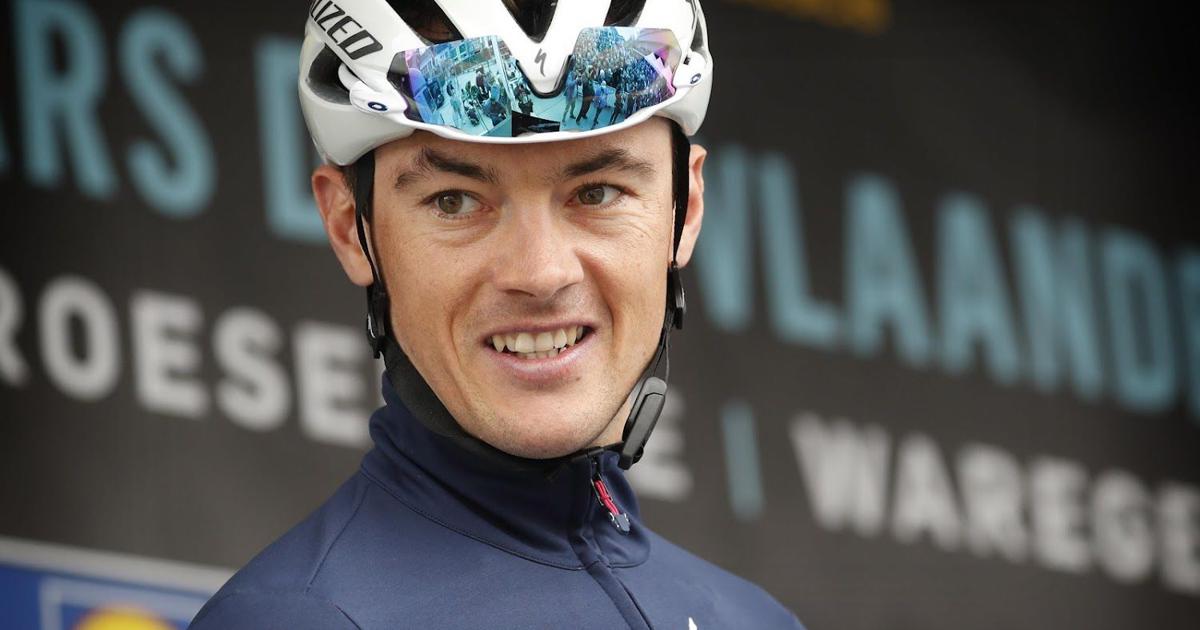 His priority was testing his race legs and placing ahead of his Slovenian countryman and main rival Primoz Roglic, the 2020 runner-up, who was eighth in the time trial.

“I’m feeling confident, satisfied, even though it was tense and tight for me,” Pogacar said. “It’s still one of my best Tour starts.”

Lampaert is a former world champion in team time trial but this was his first stage win at the three-week Tour. He clocked 15 minutes, 17 seconds on the 13-kilometer (eight-mile) route around Copenhagen.

The Quick-Step Alpha Vinyl rider was five seconds ahead of countryman Wout van Aert — Roglic’s Jumbo-Visma teammate — and seven ahead of Pogacar, who leads UAE Team Emirates. Pogacar was a measly nine seconds clear of Roglic.

Lampaert could scarcely believe it when he realized he won, wiping away tears and putting his hands on his mouth.

“I beat the great Van Aert! It’s unbelievable for me, I never thought about wearing the yellow jersey. My head’s exploding,” Lampaert said. “I was expecting to finish in the top 10. That would have been very good, and now I’ve beaten all the best.”

The rain was teeming when Roglic finished under grey skies shortly after 4:30 p.m., and still lashing when Pogacar set off around 40 minutes later. Even though he is a specialist in the wet, Pogacar looked cautious taking the first turn.

Riders set off to loud cheers.

“There was so much noise you could hardly hear anything in the earpiece,” French rider David Gaudu said.

The noise level went up again when local rider Jonas Vingegaard — Roglic’s teammate and the Tour runner-up last year — rolled down the start ramp. He placed seventh, one second ahead of Roglic.

Large parts of the Danish capital were shut down. The wet roads made the route treacherous — especially the section across the square of Amalienborg Palace, the main residence of Denmark’s royal family, which is paved with cobblestones.

The stage went past the city’s other best known landmarks, including the Little Mermaid statue, sitting on her perch at the entrance of the harbor.

Among the thousands of fans, some waving the red-and-white Danish flag, was Prime Minister Mette Frederiksen.

“I grew up with my dad being glued to the television screen to watch Tour de France,” Frederiksen said.

“It is great to see the great support for the Tour at home,” said the 54-year-old Frederik, sporting a helmet, shorts and a T-shirt. The palace also published Instagram vintage photos of Danish royals riding bicycles, including Frederik’s great grandfather, King Christian X and the current Queen Margrethe.

There are two more stages in Denmark this weekend, including crossing the Great Belt Bridge that links the Zealand island, where Copenhagen sits, and the central isle of Funen.

The first start in Denmark — but the 24th time the race has started outside of France — was supposed to be held in 2021 but postponed a year because of the coronavirus pandemic.

After the Danish stages, the riders travel to France with a stage between Dunkerque and Calais.

The race ends in Paris on July 24.

Meanwhile, police have been closely investigating the Bahrain Victorious team and seized more than 450 capsules of unidentified substances at a house in Slovenia during raids across Europe, the European agency Eurojust said Friday.

Copyright 2022 The Associated Press. All rights reserved. This material may not be published, broadcast, rewritten or redistributed without permission.